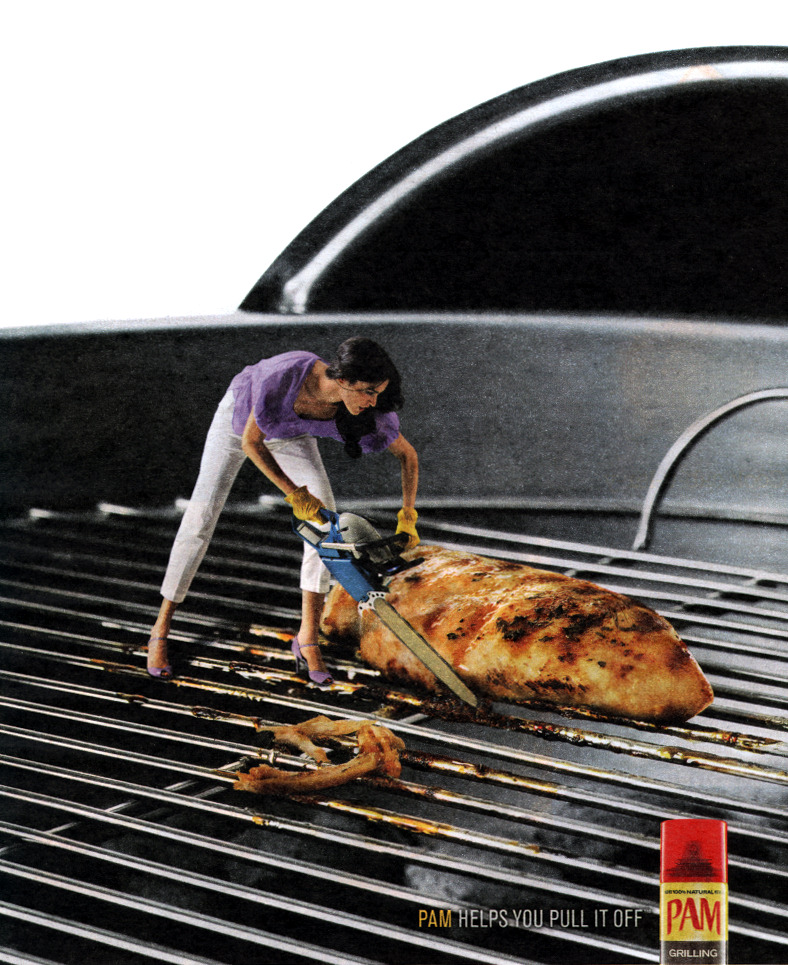 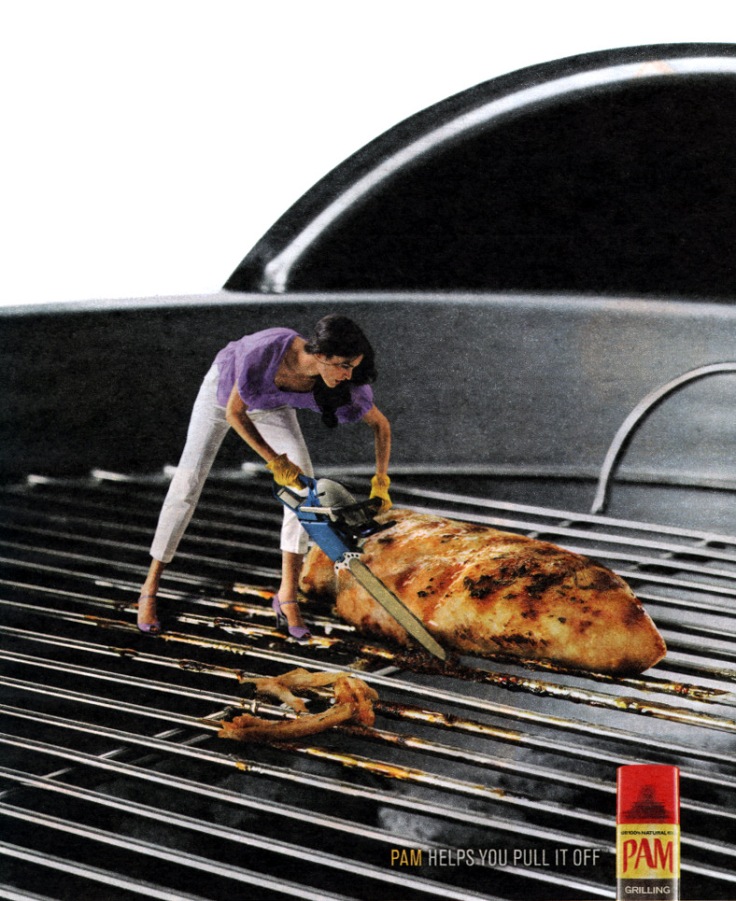 Sometimes ads make you stop and look. I’ve had a long-standing guff against the hyper-sexy female robots. While the “Messin With Sasquatch” television ads always made Paul stop what he was doing — exactly what an ad should make you do.

But this recent print ad for Pam cooking spray had me studying it a while. While I get the concept that removing chicken from the grill is a big problem, it’s also disturbing. First, the chicken is almost the size of a human body when compared to the size of the woman. And the chainsaw only emphasizes what she’s going to do to that hunk of meat. When removing the spray bottle and only seeing the words ‘Pam helps you pull it off,” it can be suggested that Pam is the woman with the chainsaw… and what Pam is “pulling off” is the CRIME OF THE CENTURY!

My coworker was equally disturbed by the ad and pointed out: at least she’s wearing heels.