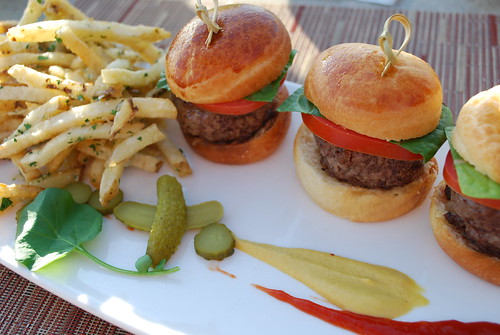 One quick look at the calendar today and I realize the only time I blogged was earlier in the month – and only to poke fun on Dominique Ansel’s copycat cookie shots. But I poke fun at a lot of things like food photography – I’m like that. My lack of blogging doesn’t mean I haven’t been doing anything, just not here. The huge, gigantic amount of time I’ve been spending has been at Zagat San Diego. Since last year it’s been a whirlwind with a steep learning curve and I’ve enjoyed every bit of it. And if you’ve spent any amount of time with me lately, I’ve confessed that my eating schedule doesn’t feel like my own. One promise I had made to myself was to continue posting here at least once a week – it’s a promise I’ve failed to keep. Initially, I wanted to keep my two separate blogging lives apart but after weeks of consideration, I’ll tease to some stories I’m proud of with interesting backstories and/or particularly memorable food. I hope to make it a weekly thing. Here’s a tease to what I’ve been eating lately. 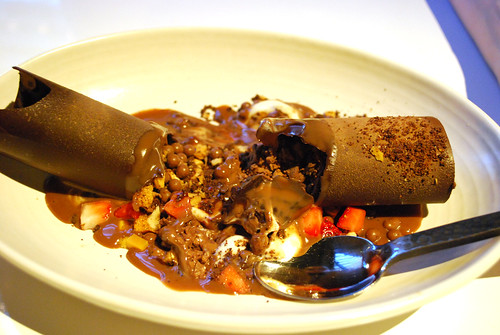 Earlier this month, I checked out Juniper & Ivy, a Richard Blais project. Fact: Paul has a chef crush on him because of his cooking style and his hair. The preview party was a great introduction to his food and when I went in for an actual restaurant visit a few days later, I was blown away. And check out dessert. For the Yodel (Hostess’ version is a Ho-Ho), a waitress pours hot chocolate over a chocolate cylinder revealing cake, white chocolate mousse and hazelnut brittle. The rest of our awesome meal is here (including their not-so-secret burger) and my interview with Blais. He’s super nice. 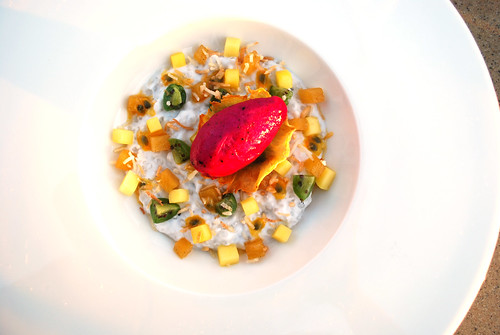 I haven’t been to Bertrand at Mister A’s in years but they serve an great happy hour that starts on Sundays. If you don’t go there for the food (like their kobe sliders at the top of this post), go there for the view. There’s a dress code but it seems to be a bit lax on Sundays. (Paul sneaked in wearing shorts and I had on flip flops.) The happy hour menu doesn’t include dessert but this dragonfruit sorbet on top of tapioca is burned into my mind. If it’s served right as the sun sets, it looks like it’s on fire. A look at the pretty food here.

Requiring almost no research was my post on the best 24-hour doughnut shops. Yes, the best. I planned to run it in conjunction with Dunkin’ Donuts opening up downtown which I visited once and the lines were just a bit too much. Yup, I’m still into doughnuts.

9 thoughts on “My Freelance Life and Lack of Posting”