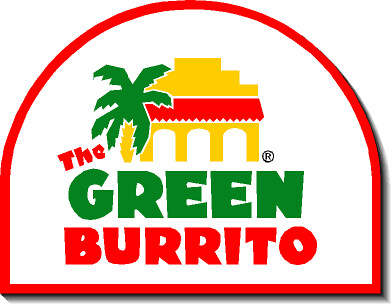 I shouldn’t even be writing this. Not because I don’t like doing fast-food fish sandwich reviews for Darlene, but because this will give Green Burrito a tiny amount of attention. More than it deserves, certainly, as its Beer-Battered Cod Fish Taco is one of the worst entries in my fishtacular roundups. 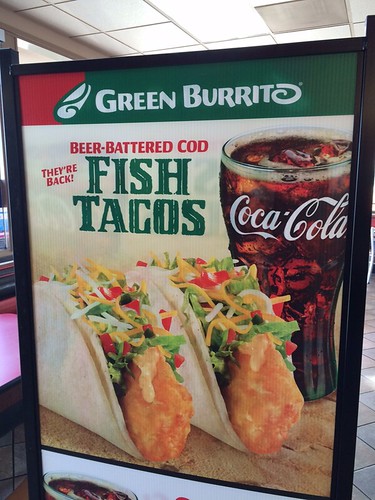 “They’re back!” Is that an exclamation of joy or a dire warning?

Green Burrito — the Mexican fast-food chain found parasitically attached to the side of host burger chain Carl’s Jr. — is touting a “two fish tacos for $3.99” deal. Price-wise, that’s no deal (San Diegans can easily find any number of worthwhile fish tacos in the buck-to-buck-fifty range), but curiosity got the better of me. Perhaps it was visions of near-nude models erotically chowing on gigantic, sloppy fish tacos while washing their Ford Mustang in slo-mo or something. 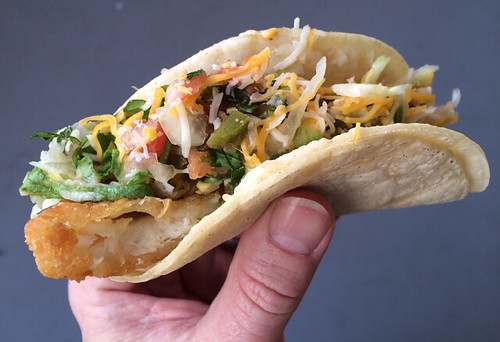 Well, here’s the skinny (and I do mean skinny): Waiting for my order, I watched the Green Burrito taco-maker take a generous slab of deep-fried Atlantic cod to the open-faced tortillas, and I thought, “That’s a good-sized slab of—” AND THEN SHE CHOPPED IT IN HALF. So each taco got a skimpy, mutilated half-portion of fish. 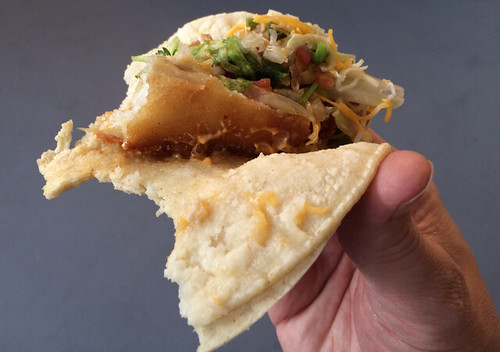 This picture shows the travesty better (sorry about the missing bites). Even if my fish taco was as loaded with fish as the advertisement showed, it wouldn’t have mattered. There was no flavor outside of the corn tortillas and overpowering salsa. In fact, they could have forgotten the fish altogether and it would’ve tasted the same. When I singled out the fish for a solo bite, it was thin and bland. Not even their Santa Fe sauce could help it.

I’m a bad San Diegan for even considering Mexican fast food; let this experience serve as both punishment and a cautionary tale for others.