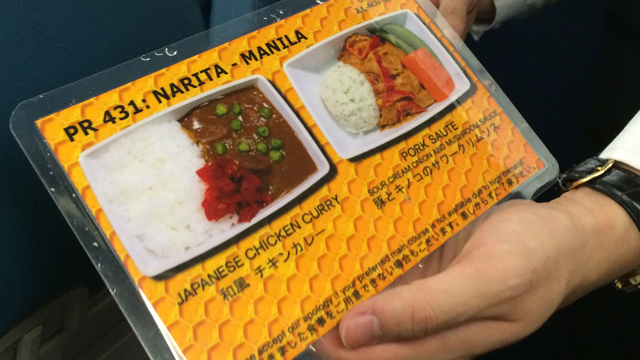 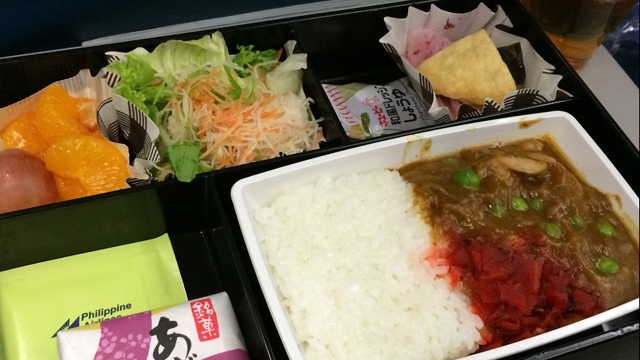 To read the first part of the trip in Japan, click here.

Flying from Japan to Philippines took approximately four hours and despite the relatively short trip, we were still fed on the flight. Paul and I were handed laminated menus with a choice of two Japanese dishes – interesting since I thought we would be served an amalgam of Japanese-Filipino food considering our departure and arrival points. 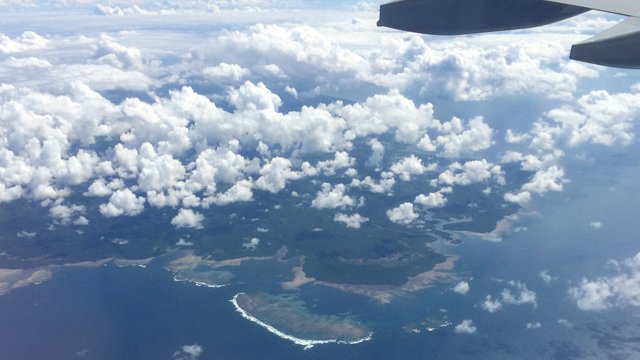 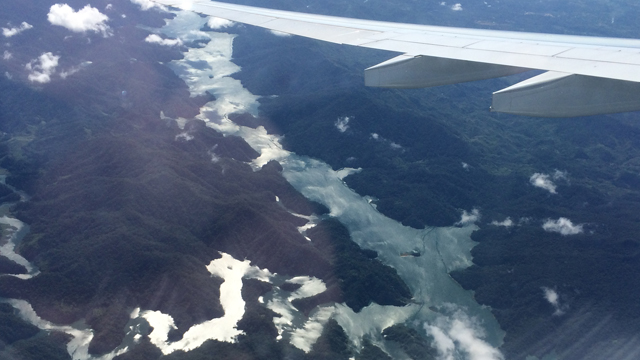 The airplane was only two-thirds full and we had the full row to ourselves watching the clouds slowly reveal the Philippine coastline. Paul’s first sentence on looking down on the landscape, “It looks really humid.” 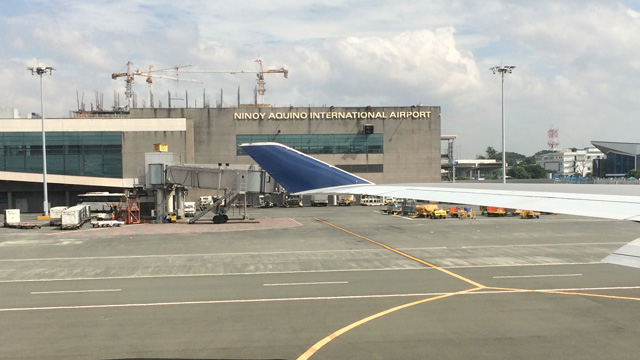 And it was. We arrived at Ninoy Aquino Airport at 1:45 PM to meet my my mom’s brother. My uncle hadn’t seen me in years and it took us about 30 minutes to locate each other. Once I spotted him and his wife, we were ushered to his mini van and they brought us to The Aristocrat, his favorite place to eat in Manila. 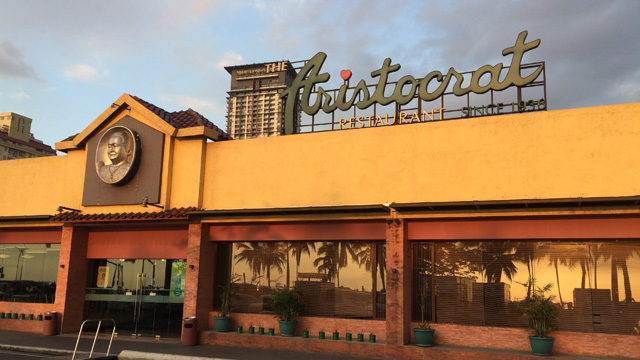 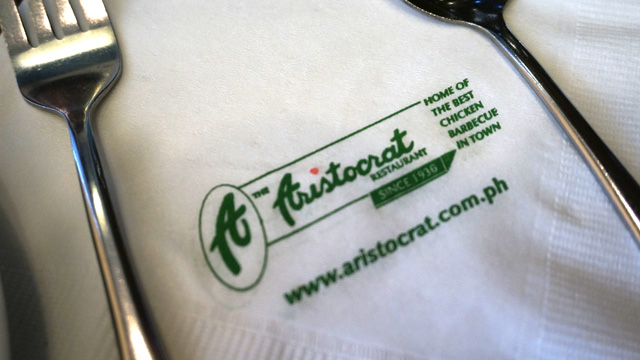 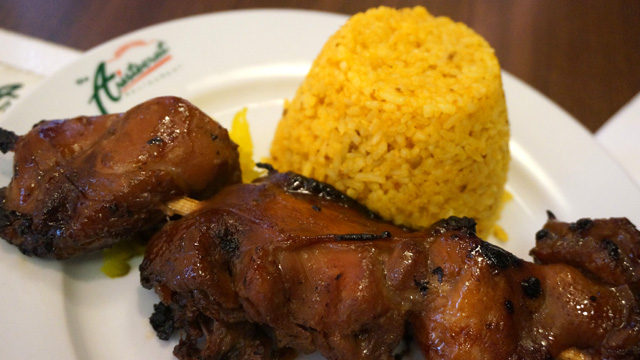 My research shows there’s many locations of The Aristocrat and this one overlooked Manila Bay. It’s an institution that’s been open since 1936 and is well known for their chicken BBQ, which my uncle and aunt promptly ordered. For Paul, he opted for shrimp robosado (fried shrimp) while I ordered pancit and sigsig.

Before heading back on the road to our final destination of the day, my uncle bought a dozen of ensaimadas for us to snack on for the trip to San Fernando. Unusual to me since research showed that it was only 2 hours away from Downtown Manila. I was so wrong. 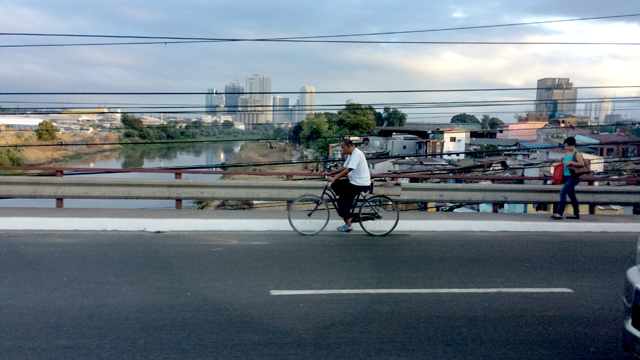 Here’s the thing about the Philippines. The traffic is mind numbingly insane. Manila traffic makes Tijuana traffic look like the middle of the desert in Nevada. From the backseat of the van, we watched my uncle’s driver maneuver around overloaded buses, up to five people piled into one motorcycle and cars upon cars trying to cut us off.

What should’ve taken two hours took about four. Mostly because of the traffic but also because my family wanted to drive Paul around to show him the sights. We passed by the hospital where I was born — a place my parents chose because celebrities went there to give birth — and other places of interest along the way.

We eventually made it to the freeway system and both fell asleep until we hit the City of San Fernando sometime during the evening hours.

After making a quick stop at mom’s place to visit some of my other relatives, my uncle dropped us off at the nearest hotel since there was no room at the house for us. Paul and I quickly discovered it was not your typical place to sleep; it was, to put it politely, for one-night rendezvous. 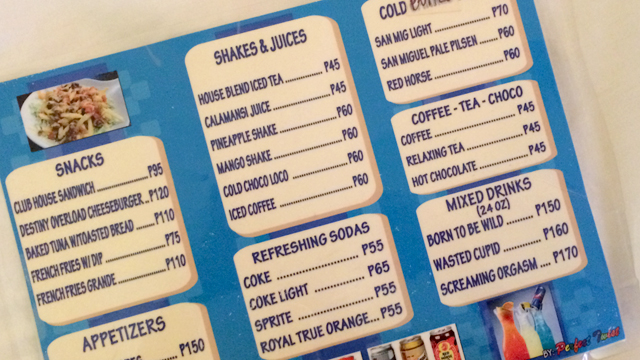 “Don’t drink the water!” my uncle told us as he left a few bottles of water with us in the room plus the pastries. He also added there was a menu to order room service from in case we got hungry. It was the menu that kind of clued us into the type of place were were staying in. Along with tocino, bicol express and other Filipino dishes, the hotel kitchen also served cocktails with names like Born to Be Wild, Wasted Cupid and Screaming Orgasm. As for the room itself, there was almost no privacy in the designated bathroom area. The toilet room had a semi-opaque shower door and the bathtub-shower combo had no curtain. Once we realized there was nothing but porn on the TV, we fell asleep to the lull of the AC.

We were both dead tired but managed to get up it was morning and dressed before my uncle’s driver rang the doorbell to the garage. 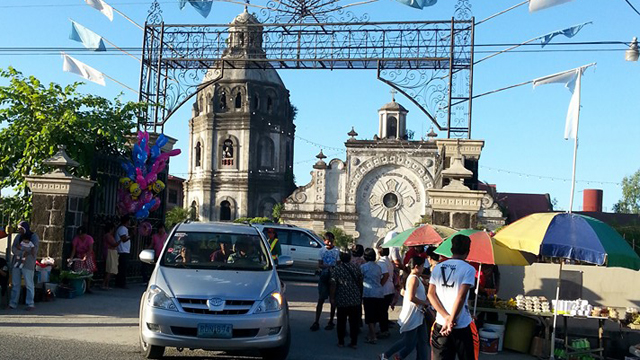 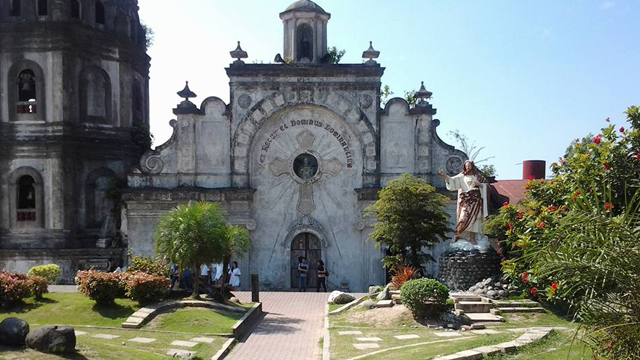 First stop that morning en route to my mom’s house was the cemetery. My mom is buried behind San Guillermo Parish Church in Bacalor, the same church where she was married and where I was baptized. Bacalor is a municipality in Pampanga within the City of San Fernando and when Mount Pinatubo erupted in 1991, more than 75% of Bacalor was buried beneath the lahar. My grandparents’ ancestral home was completely covered under the mud from the volcano and my mom eventually rebuilt a new, modern home over the same spot. The church with its 40-foot tall ceilings managed to survive. It isn’t as tall as before but openings that used to act as windows are now entryways into the church. 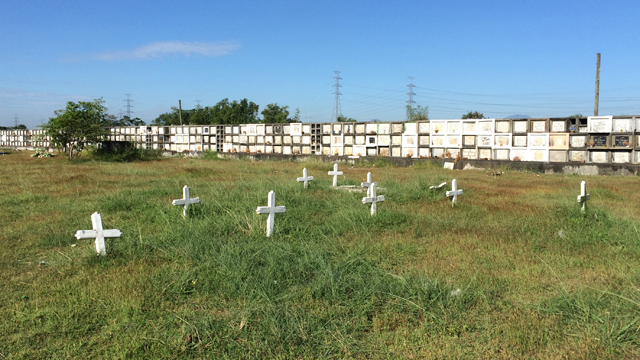 My maternal grandparents’ graves are buried under the lahar and my mom is interred in concrete stacks above the ground. And down the row from where she’s buried, they stowed away items of what my brother Allan wore when he died. It’s heartbreaking to know that my mom kept them with her all these years. It’s hauntingly sad to say the least. Due to the tourism appeal of the church (San Guillermo is the site of a popular Filipino soap area and buses regular line up outside), there was some trash. 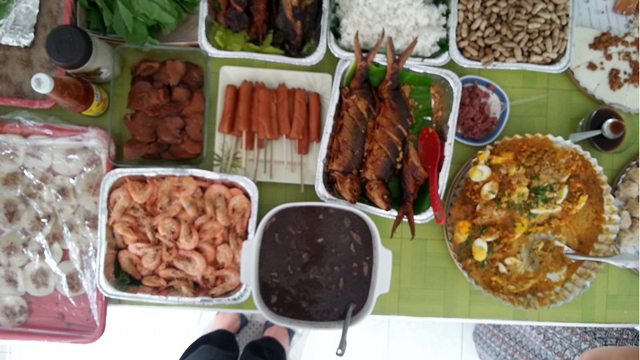 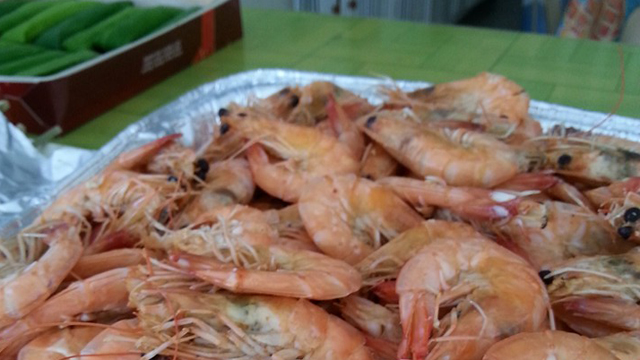 The one year death anniversary in the Philippines marks the official end the mourning period and back at my mom’s house, my aunts and uncles are prepping for a party. When Paul and I arrived, we smelled food being cooked the guests. Two full roasted pigs were delivered and plates filled with shrimp, squid, hot dogs, spaghetti, fish, etc. began to cover the counter and tables. (All food photos taken by my aunt BTW.) Paul began to worry. “They’ve been sitting outside for a while… are we going to eat soon?” Apparently, he’s not used to food staying out all day for parties. But before we can eat, there’s mass held in the courtyard.

My mom often spoke about three young men in Bacalor who she put through seminary school to become priests and on this day, they were presiding over her memorial mass. They knew all about us— asking us about Paul’s cartooning and how my brother Warren was doing in Ohio. It’s comforting to hear their stories of my mom from their first meeting (she sat like a mermaid with her ankles crossed) to how she would invite them over for dinner (the kitchen was free reign).

After eating and meeting with relatives, the rest of the day was a blur. The humidity (which Paul said reminded him of an Indiana summer especially with the chickens heard in the background) and jet lag got to us. Paul and I wandered upstairs for a nap in the only air conditioned room of the house and slept until it was time to leave for central Manila to my uncle’s house and prep for our departure back to the U.S. the next day. 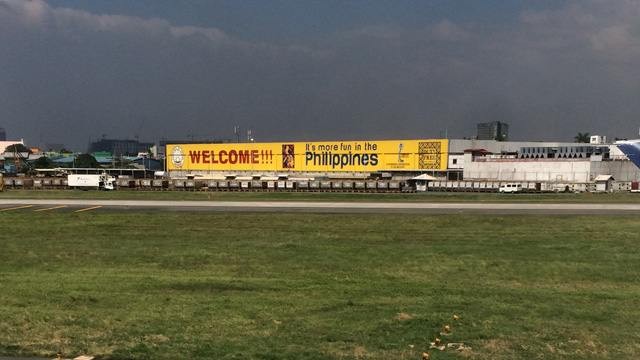 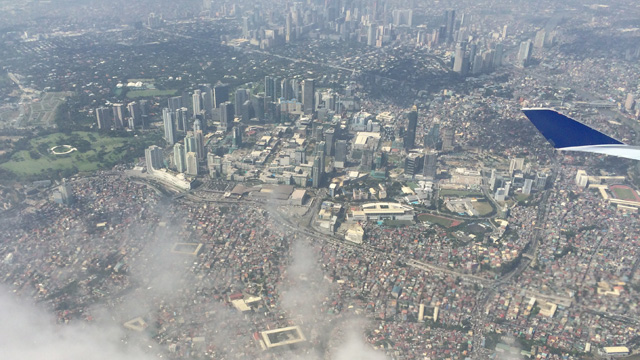 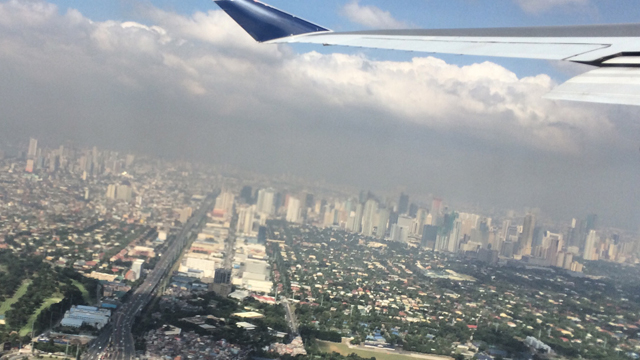 Returning to the airport was uneventful except that we were taken to the wrong terminal. Since my family had already said their goodbyes and left, we took a taxi to the correct terminal and the cab driver took on upon himself to ask Paul for a “holiday souvenir” which pretty much translated to a tip. We were both warned about the bullet scheme that was rampant at the airport and noticed that a few people had wrapped their luggage in plastic wrap.

We had a 2-hour stop-over in Japan on the way back to Seattle, then Los Angeles with a drive back to San Diego. Whew. Five days to and from Philippines? It can be done.

One thought on “Last year at this time: Thanksgiving 2015 in Tokyo and Manila (Part II)”