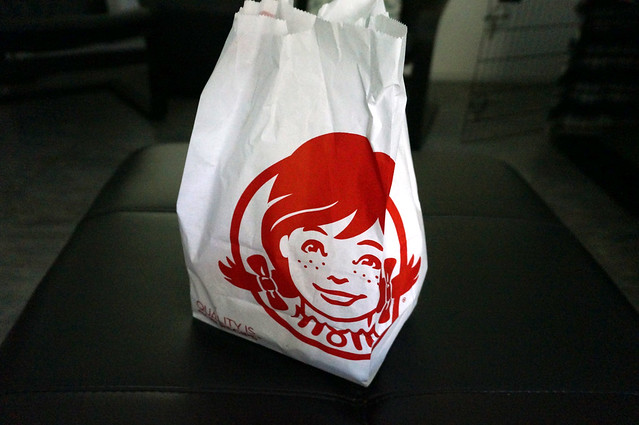 There’s really no room in my diet for fast food. Aside from the occasional In-N-Out cleanse and Mc D’s vanilla cone, I avoid fast food like the plaque. My one exception is spicy food. My last write up on spicy food was Popeyes Ghost Pepper wings which were a huge disappointment. I didn’t get that familiar burning sensation on my lips or flashing regret that I may have just eaten my last meal. It’s an addiction I tell ya.

So when I saw Wendy’s advertising their Ghost Pepper fries, I had to make it a point to check it out soon. 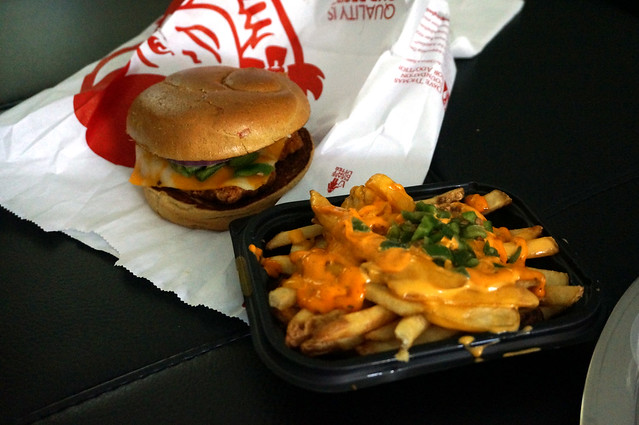 At the drive-thru I noticed that Wendy’s was also offering a Jalapeño Fresco sandwich so the fries wouldn’t be by their lonesome. I wish I had the receipt because both orders racked up to about $8 total. 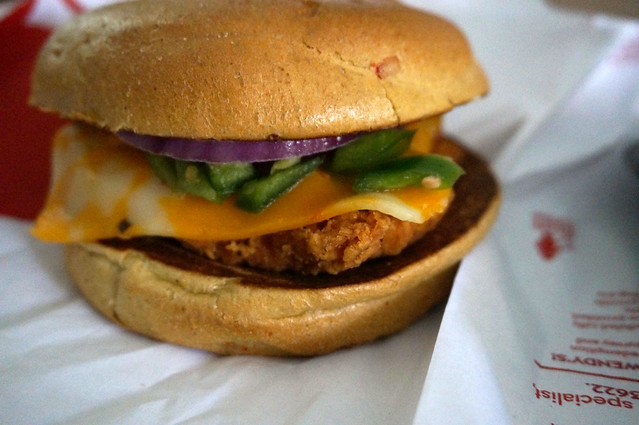 Here’s what you get: The Jalapeño Fresco sandwich layers five levels of spice according to their advertisement. From the burger, I could see cheese and what looks to be a neon orange Ghost Pepper cheese sauce on top with chopped jalapeños. The bun is described as a red jalapeño but the toasted variety I received appeared to be a regular old bun. Reading about it more, the breaded chicken patty is infused with spice (that’s number four for you people counting at home) and the fifth level of spice comes from the Colby pepper jack cheese. The only veggie aside from the peppers is a slice of purple onion.

As for taste, this packed a wallop. If I was a good food blogger, I would have eaten each ingredient separately and reported which item the spice came from but I was pretty hungry. Honestly, I’m surprised I even took photos. 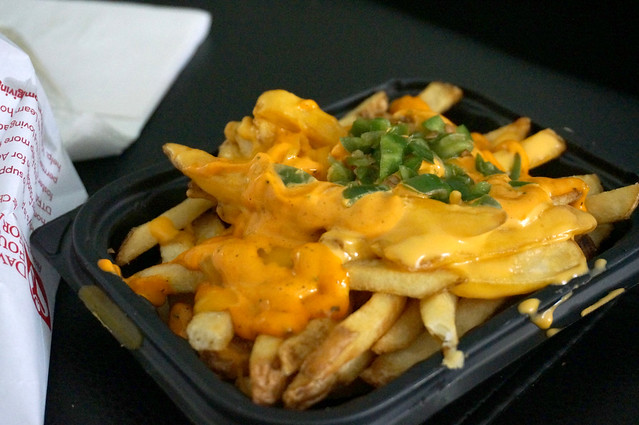 Now onto the fries. Upon first glance, it looks to be like regular cheese fries but with that neon orange sauce drizzled on top, and again, here they go with those chopped jalapeños. From this taste, I can assume that the heat from the burger was from the orange Ghost Pepper sauce since the fries had a nice spice. Not overwhelming but satisfying for pepperheads like myself. The build up is slow and doesn’t overwhelm. Plus the size was enough for two people to share. (Paul had a taste and could not deal.) In all, I think the sandwich and fries offered a lot in diversity of food but I’d like to see them offer Ghost Peppers in something other than cheese sauce.

I have a feeling that these are limited-time-only items so if you’re craving a spicy fast food option that’s worth a taste, head over to Wendy’s soon!