It’s eight years down for us and infinity to go. Every year on our anniversary, Paul and I adhere to a certain set of rules: eat tacos, drink Faygo and be by the sand — all things we had at our beachside wedding in 2009.

The rules are kind of loosey goosey. Here’s a rundown of past years and you’ll get my drift:

Unforgettable food and we ate in the car. We were tired, hangry and desperate. I remember a lot of cockroaches in our hotel. 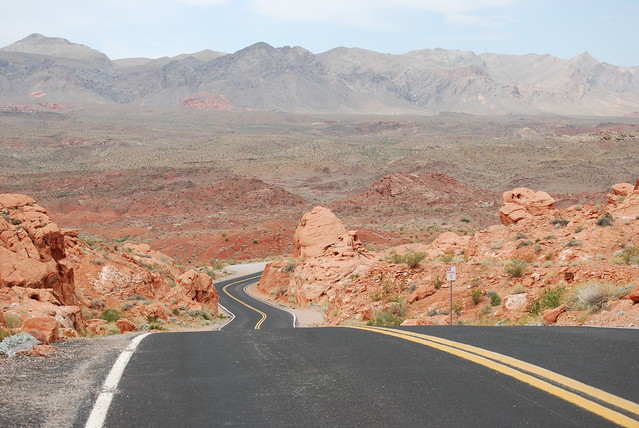 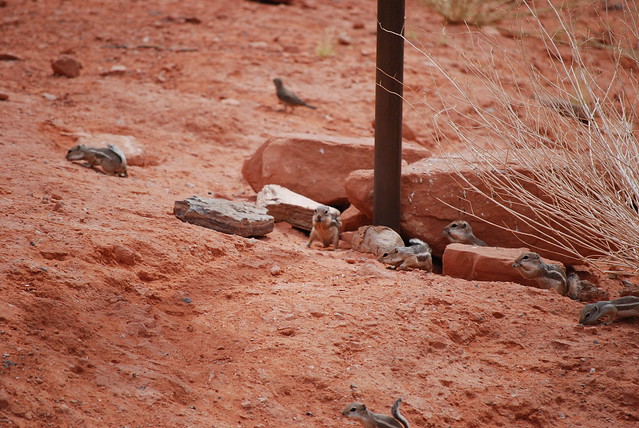 Similar situation as 2010 but we did visit the Valley of Fire (with swarms of cute planking ground squirrels) earlier that day.

This was a Plan B (Plan A was closed) but the restaurant did offer lobster burritos. 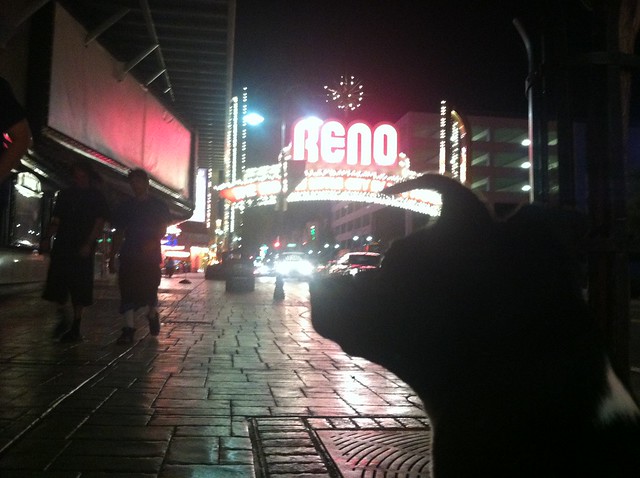 Worst fish tacos ever. Note to self and others: never order fish tacos in Reno. 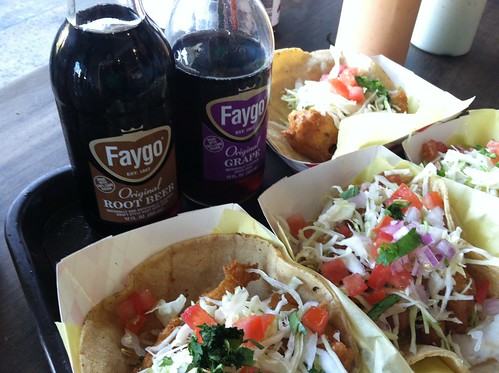 We went with something we knew instead of taking a chance with a new place. Followed meal with a trip to the beach. 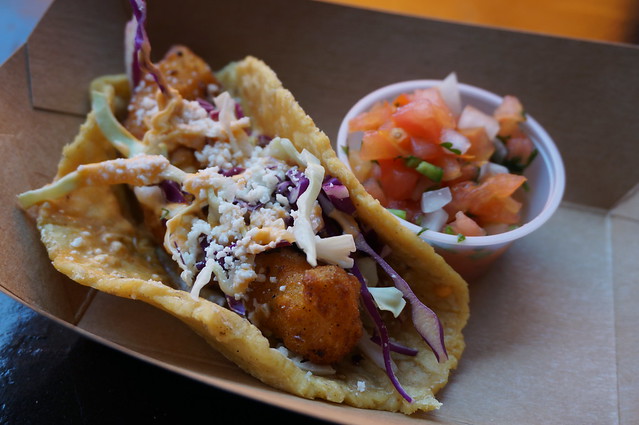 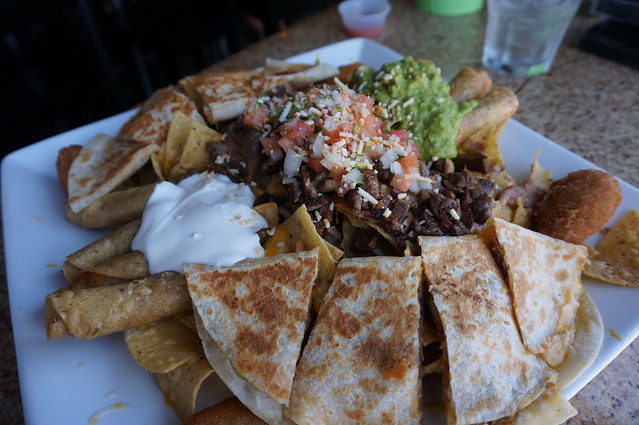 Lobster chimichanga plus an appetizer plate meant to feed five people. Conquered it.

Not counting low-rent chains Green Burrito and Del Taco, Reno was easily the worst. But this year was fantastic making up for any years’ bad food.

That place is Rudy’s Taco Shop in Solana Beach, a place Paul picked out for its rave Yelp reviews. The shop looks to be a makeshift convenience store with a mercado, money window for cashing checks and signs warning that you’re on camera. It was the kind of place where we didn’t feel the need to sneak sips of Faygo that we brought from home. 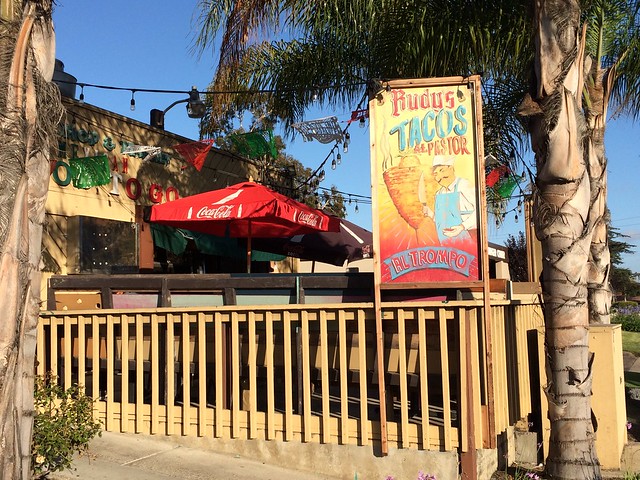 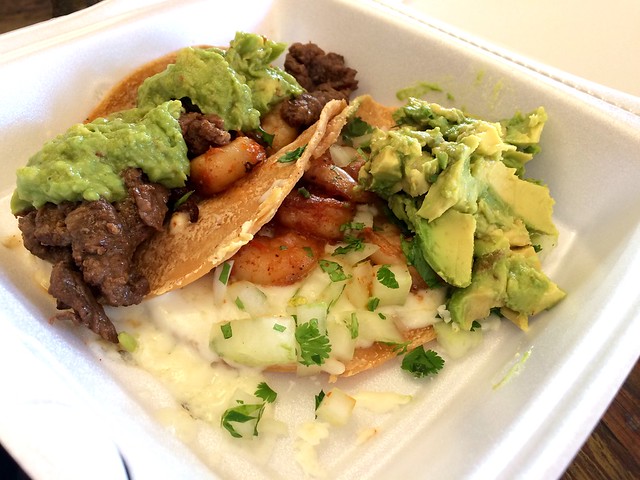 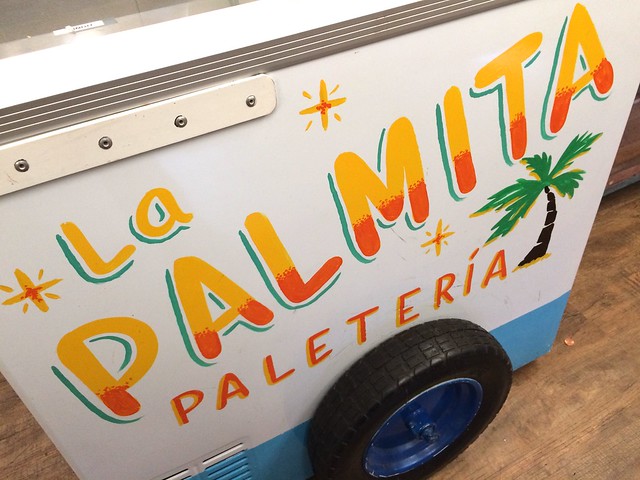 As with any new place, Paul always goes with the fish tacos while I kind of go all over the place and went with Vampiro Surf & Turf plus a shrimp gobernador (pictured above), basically melted cheese served with marinated shrimp. Along with the housemade corn tortillas, everything we ordered was amazing; generously marinated meat with tons of flavor. Added bonus: they sell freshmade corn tortillas and have a selection of paletas for dessert. It was so good that we returned later that week visiting the second, much nicer location in Carlsbad. (I prefer the Solana Beach one.) Sometimes, it does pay off to try out new tacos places. 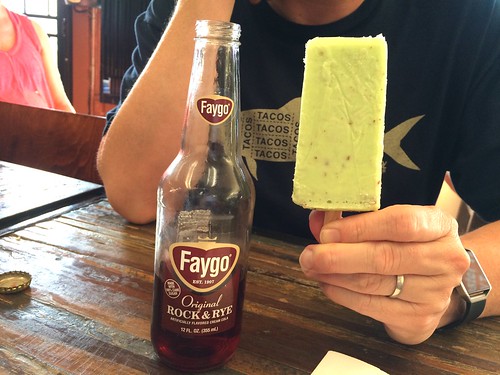 Not bad for our eight year anniversary. I hope this is a sign for good things this year for us.

3 thoughts on “Anniversary Meals: 8 Years of Tacos and Faygo”