While walking around Brooklyn in January, fetching procuitto bread and bagels for Darlene, I wandered past a regional fast food chain that A) I haven’t patronized, and B) had a fish sandwich. It was lunch hour and the line was modest so I decided to give their deep Sea Double a try. 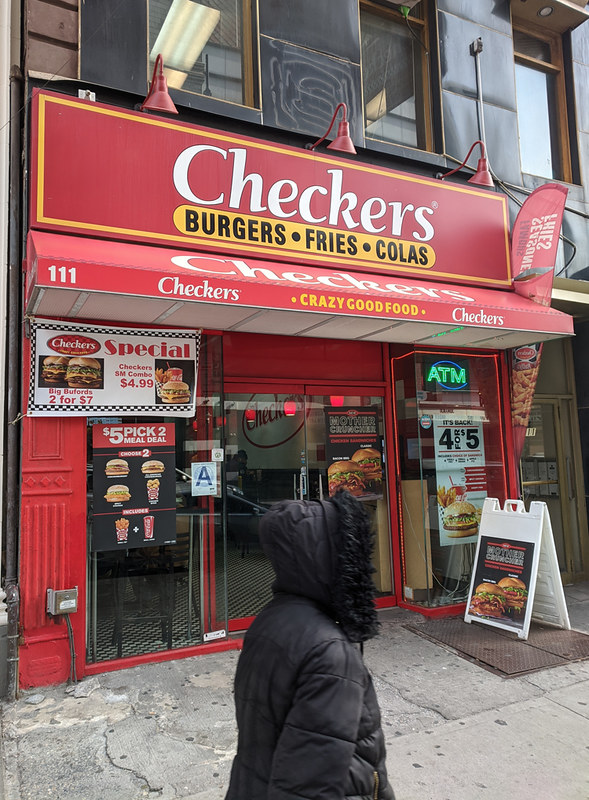 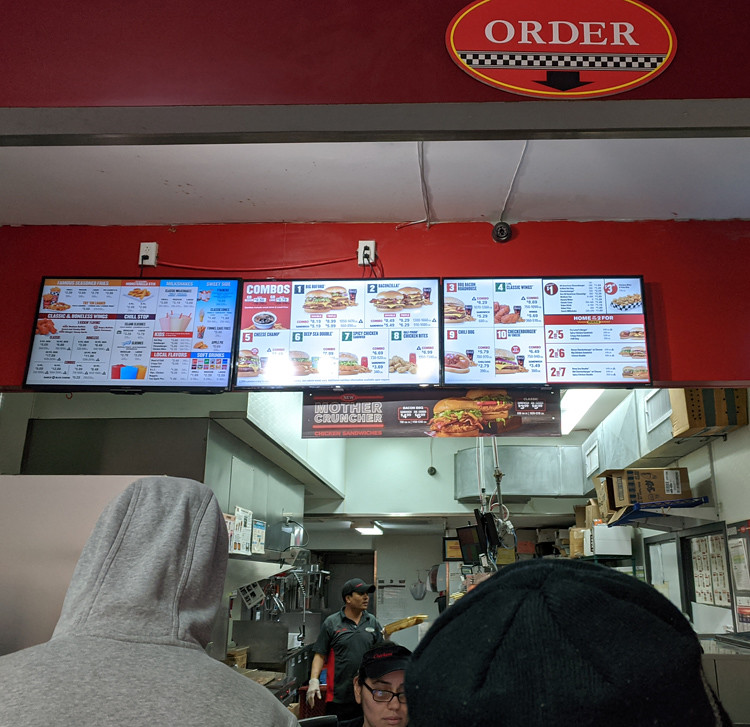 Like Hardee’s to Carl’s Jr., Checkers is the Eastern U.S. variant of Rally’s, which found here in San Diego County and throughout the West. I wasn’t 100% certain that the Rally’s fish sandwich I reviewed was the “Deep Sea Double,” so at the expense of trying the same sandwich twice, I ponied up $5.43 ($4.99 + 9% sales tax) and took my surprisingly heavy sandwich to the office* for photos and noshing.

Congratulations to me for using the word “noshing.” That’s a first. 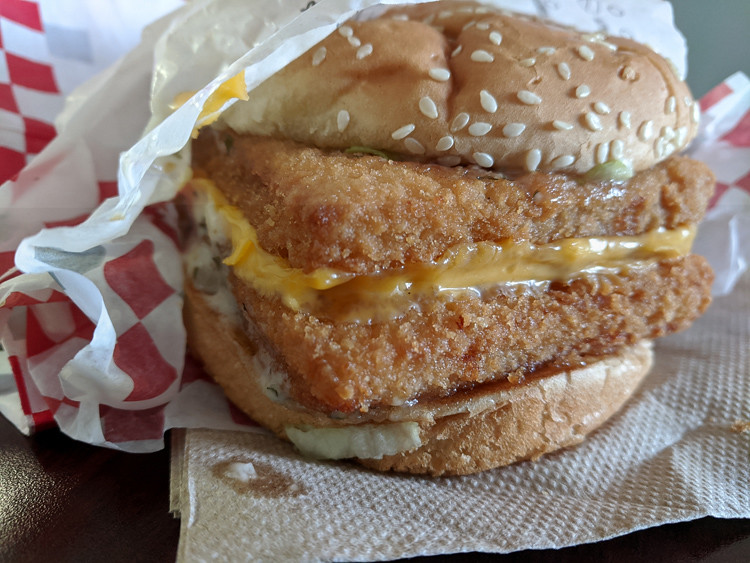 The sandwich itself was beefy, which isn’t an appropriate descriptor for a fish sandwich, but you get the point. The Deep Sea Double is two deep-fried quadrangles of unknown white fish, padded with a slice of American cheese, garnished with lettuce and tartar sauce in a sesame seed bun. In my experience, the fish was hot and cooked just right, the sauce was on the sweet side but not overdone, and the bun was fresh. According to the Checkers website, my sandwich was 640 calories with 31 grams of fat. 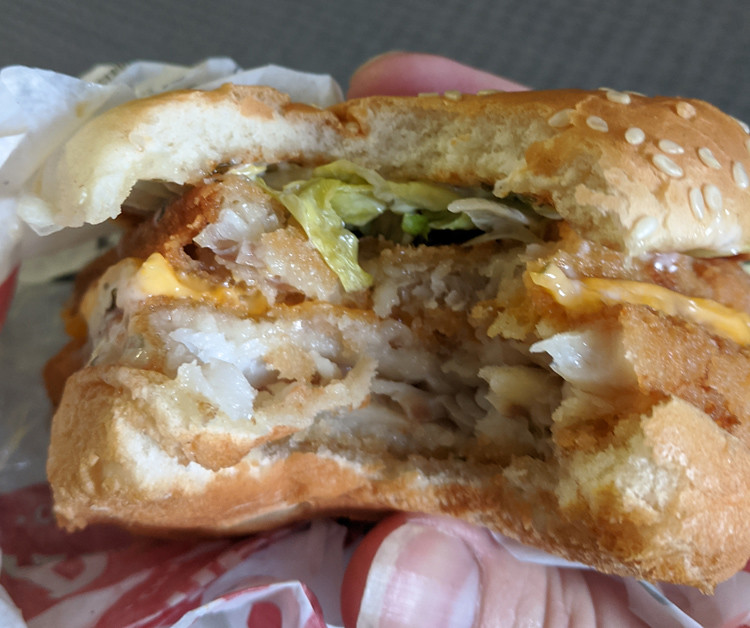 EPILOGUE Apparently I did already review the Deep Sea Double courtesy a local(ish) Rally’s eight years ago. Pretty much the same experience, except the price doubled.

*InsideClimate News, based in Brooklyn, which was holding its annual retreat/workshop at the end of January.