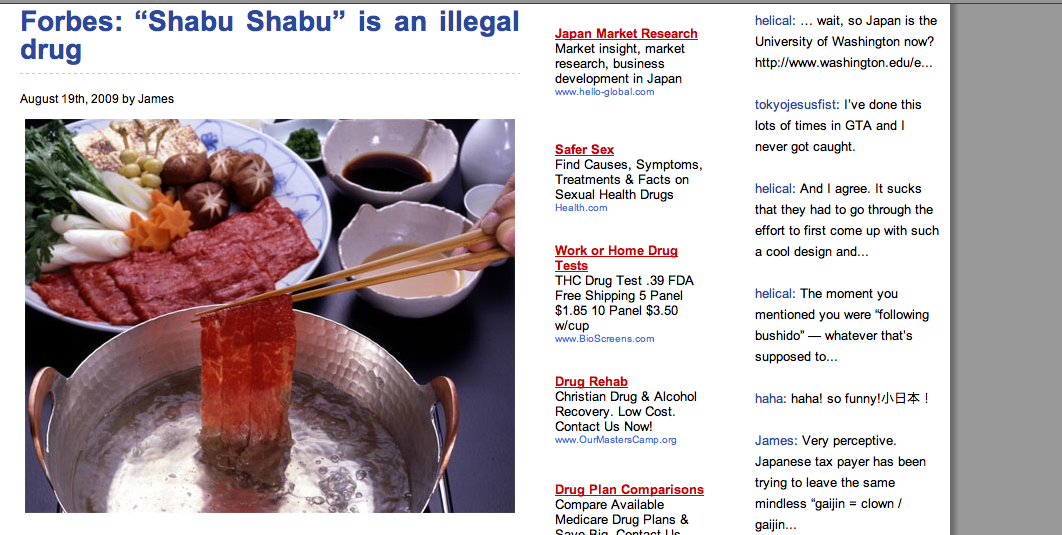 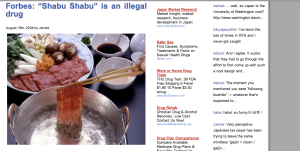 This article from Forbes, a very well known and respected news source, had one glaring error recently. It went on to describe a Japanese pop star as being addicted to drugs, and in the story one of those drugs was amphetamine crystals (crystal meth) locally known in Japan as shabu shabu.

No correction has been issued yet that shabu shabu is actually a Japanese style of cooking involving hot water, thinly sliced beef and dipping sauces (a variation being the Chinese hot pot).

I guess this explains my addiction to the dish since visiting Japan a few years ago.

One thought on “If loving you is so wrong, why does it feel so right?”