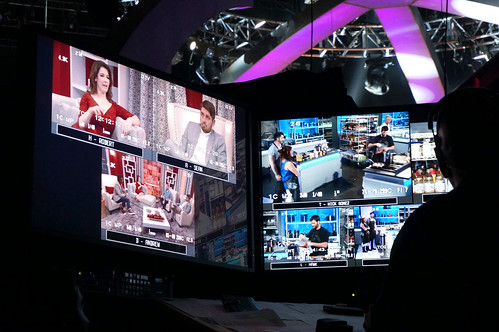 Last fall, I received an invitation to visit The Taste. If you’re not familiar with the reality TV show, it’s where contestants of all walks of life compete on a cooking-reality show for a monetary prize. And it’s based on one fateful bite.

Produced by culinary superstars Nigella Lawson and Anthony Bourdain, it’s currently in its third season and we had a chance to visit towards the end of their season wrap-up. While I won’t spoil who lost when we visited, it was an interesting look at how the show is put together. 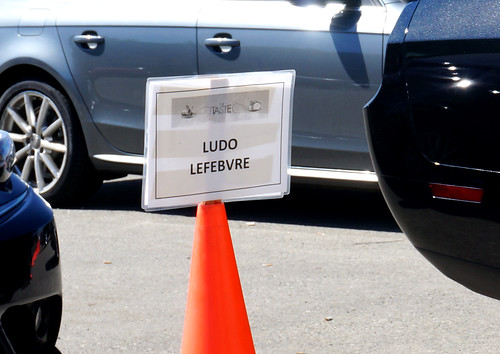 First of all, all the filming takes place in a big, unmarked hangar in Los Angeles. I knew we were in the right place when I saw a printed parking spot for Ludo Lefebvre. (He drives a sweet motorcycle, by the way, which I’ve cropped out of the photo.) 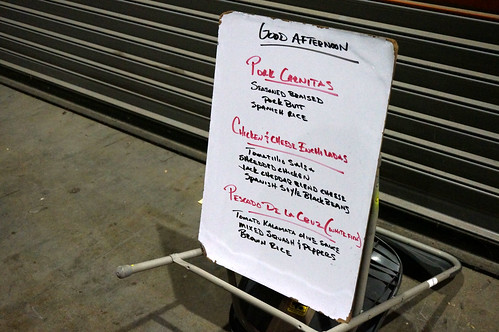 Once inside, it’s massive and very, very dark. Just as we arrived, lunch was about to be served. We were welcome to join the crew but we opted a bit of ice cream instead. I can’t pass up ice cream. 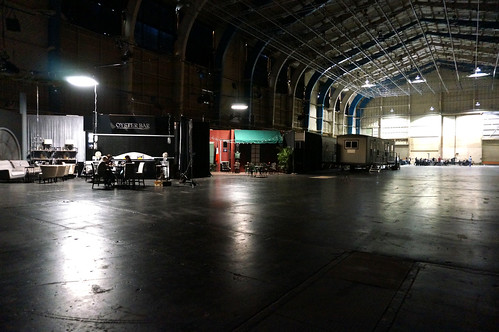 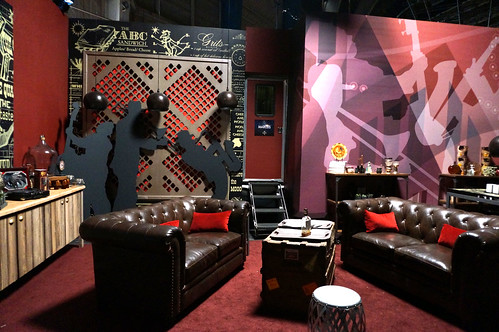 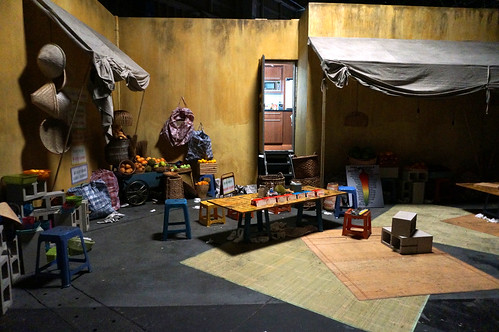 Further down the hangar are several trailers dedicated to the stars of the show and decorated according to their preference. A French cafe surrounds Ludo’s trailer, a glamourous champagne and oyster bar for Nigella, Marcus went the way of a New Orleans night club and Tony’s was a Vietnamese market. 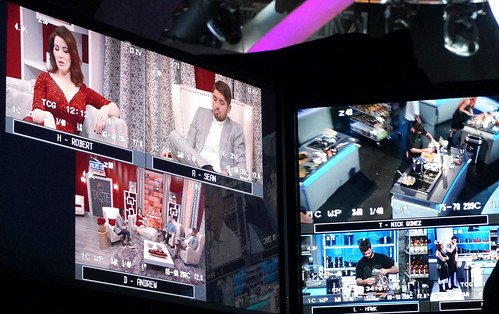 On set, the surprising thing was how quiet it was even with filming in progress. We wouldn’t have known it was filming if the monitors weren’t on. It was fascinating to see that two filmings were going at the same time and based on what I previously read on Kirbie’s and Brandon’s site (who visited the set the day before), it was a continuation of the same show. 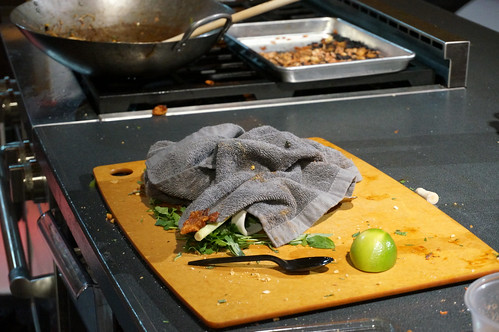 There was a break in the filming and they gave us a chance to visit the set. Since it was only a brief interlude, the set was “still hot” and we were warned not to touch or move anything. Ingredients were spilled all over the floor and work areas were a mess. 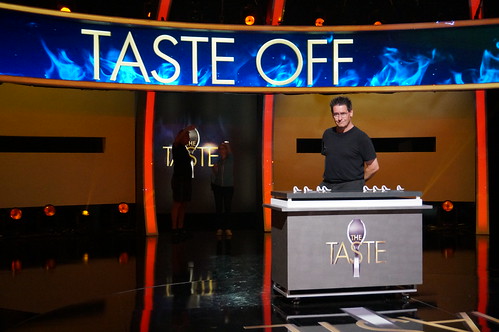 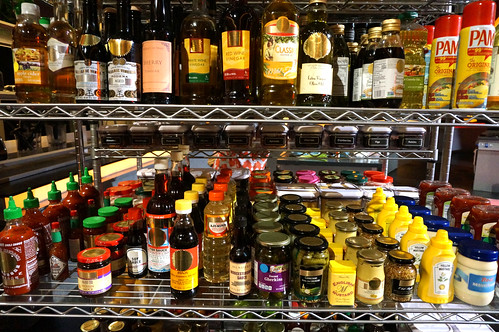 Paul and I took the obligatory “Hey, look! We’re on the set of The Taste shots.” but we more intrigued by the pantry. With the exception of Pam cooking spray, most of the major brands were covered up with tape. Think about that; someone had to go through all the products and make them camera ready.

To complete our visit, met with the real stars of the show, the mentors. Having met Anthony Bourdain before at comic-con, I was really interested in seeing the others. Tony was seated on a leather chair poring over the L.A. Times’ business section (I love that he reads local newspapers) and he talked to Paul and I about his favorite comic books (stuff by Steve Canyon and Jim Steranko). Nigella, who smelled like fresh lilacs as she sat next to me, gave me some sage writing advice and was far more elegant than I could have ever imagined. And Marcus was intense but also thoughtful about where the restaurant industry was headed. I would have like to continue talking to him but time was running out and they still need to finish up the day’s work. 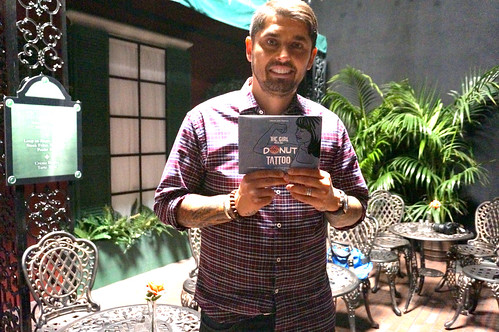 Unfortunately, Ludo was nowhere to be seen so we left for the day, leaving him a copy of The Girl with the Donut Tattoo (where he’s drawn and mentioned along with Tony and Nigella on the very same page). But as soon as we were driving off , they call us back on set saying that Ludo wanted to meet us. How’s that for a cool story?

The Taste wraps up soon and if you catch the episode tonight (January 8), you’ll also catch San Diego’s very own Javier Plascencia as a guest.

10 thoughts on “On The Set of The Taste: That One Time I Met Lawson, Lefebvre, Samuelsson and Bourdain”