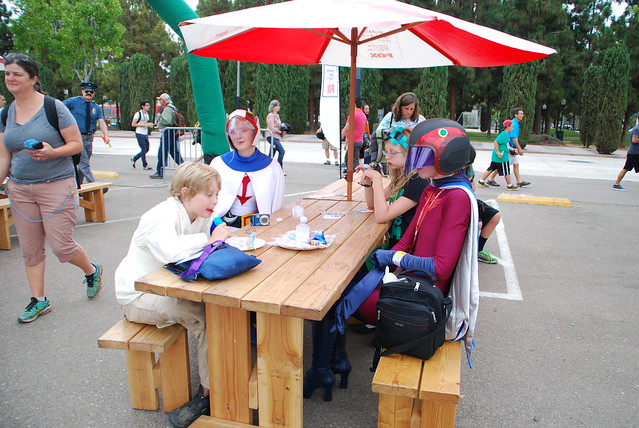 Here we go again! San Diego Comic-Con arrives this week and while free snacks and drinks connected to various promotions might be flowing downtown, it doesn’t match the wealth of great dining options in the area. Keeping in line with my post last year, here’s a list of places to go for budget lunches, cocktails and everything in between — and without a comic book-themed cocktail in sight! 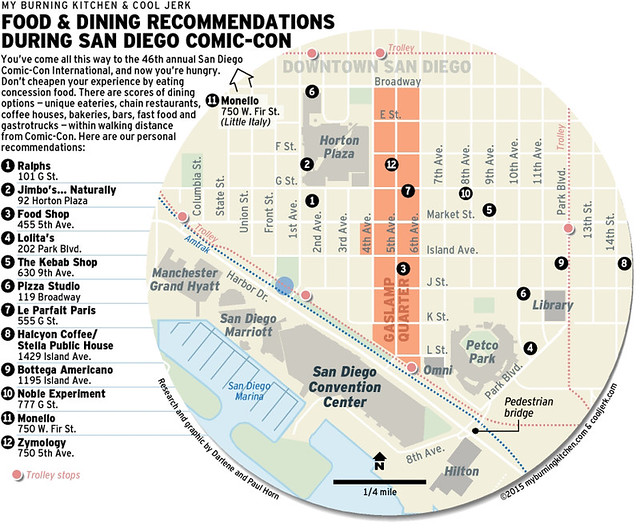 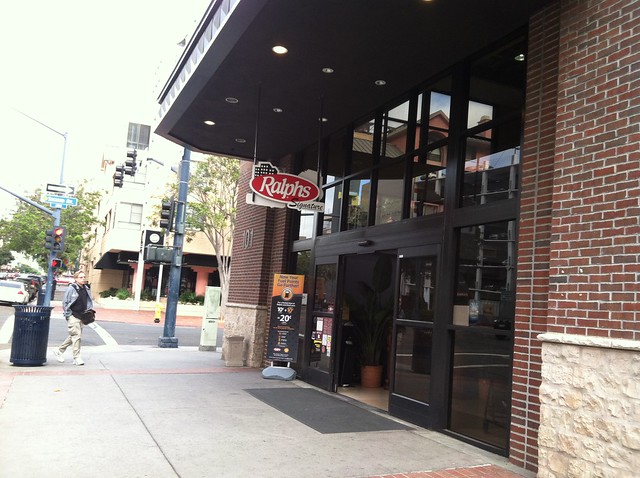 Here’s your place for go-to provisions and a mainstay in my previous comic-con guides. If you’re not picky, lunches like pre-made sandwiches and even a salad bar can be found here. Prep in advance and grab yourself a free Ralphs card for even more savings. Added bonus: this store is open 24/7 if you’re in need of something in the wee hours. 101 G St.; 619-595-1581 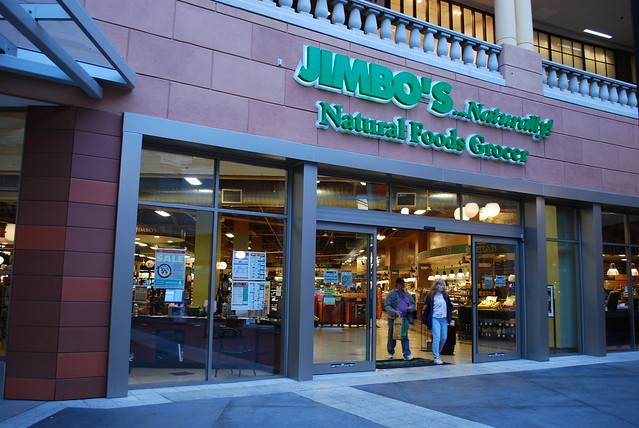 Bypass the Ralphs and make a trek over to Horton Plaza for this health-oriented grocery store. Like Ralphs they have several hot food bars and slew of grocery items that’s ideal to snack on throughout the day. But unlike their mainstream competitor, they close at 9 PM so get in early. 92 Horton Plaza; 619-308-7755 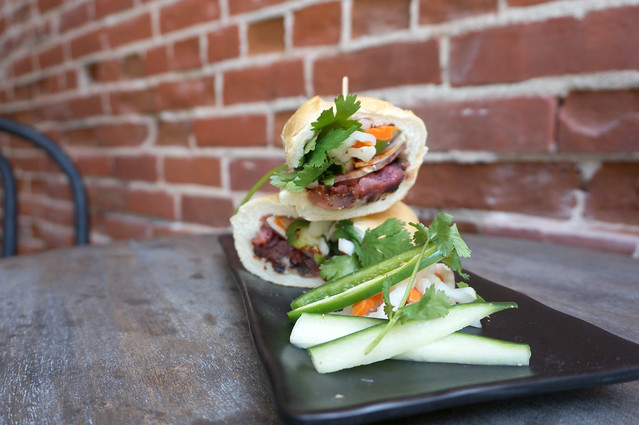 One of the brightest restaurants downtown by Iron Chef Vietnam is also budget-friendly. Head here for supreme Vietnamese classics like banh mi sandwiches, stir-fried garlic noodles and pho all around $10. The shop is small with limited space so my advice is to call ahead and place and order. While you’re also at it, grab their very potent Vietnamese coffee to go for afternoon fuel. 455 5th Ave.; 619-359-8894 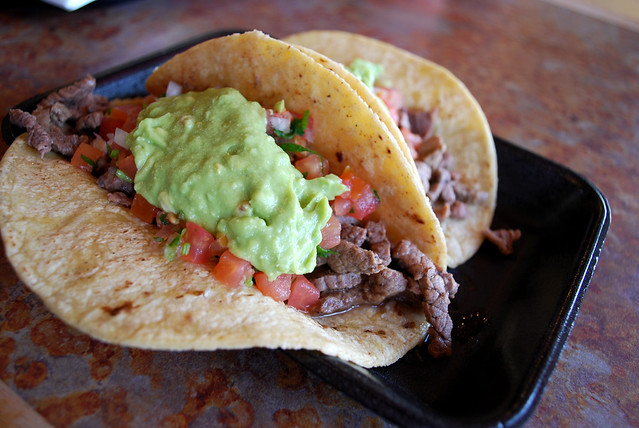 Mexican food can be hit or miss in San Diego but for a cheap, worthwhile option, check out this place on Park Blvd. This local favorite serves tacos and burritos galore with the most expensive thing on the menu topping off at $8.25 for a fully loaded chimichanga plate. And if you’re new to the area, don’t leave without trying a San Diego exclusive: California burrito ($6). All the good things in a carne asada burrito plus french fries. 202 Park Blvd.; 619-269-6055 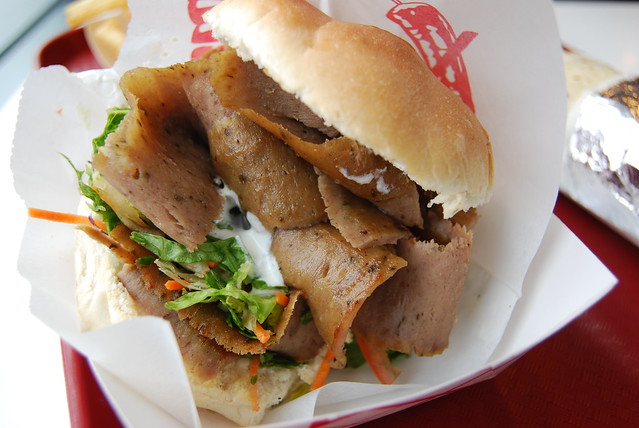 It’s a bit more of a walk from the convention center but the promise of spiced lamb- and chicken-filled shawarmas or döners (flat bread) meet you at the end for $7.99 each. For a low-carb option, order their döner box that omits the bread completely and is filled with your choice of lamb, chicken or falafel with assorted greens. There is no additional charge to add rice or fries to the box. Also look for their wide selection of fresh salads at the front for those looking for healthy sides. 630 9th Ave.; 619-525-0055 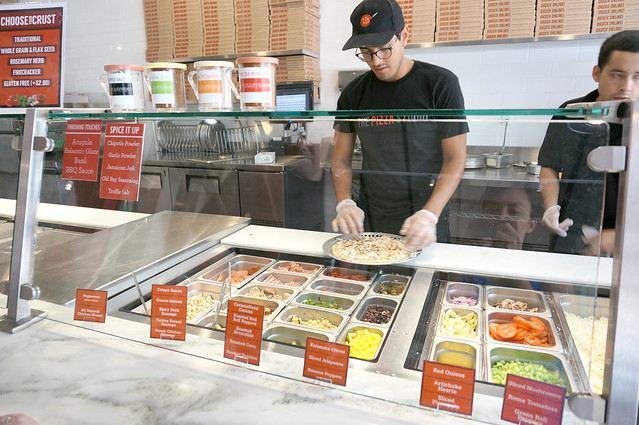 For a hot custom-made pizza with unlimited toppings, Pizza Studio is worth a visit. It’s one of many customized pizza concept places hitting San Diego but this is the closest to the convention center. A 11-inch thin pizza is $7.99 but bargain hunters looking for something cheaper can’t go wrong with a margherita or pepperoni creation for only $5.99. For added savings (and if you think you’ll be hitting the pizza train often), sign up for their rewards program that awards free pizza. Gluten-free crusts are available for an additional $2. 119 Broadway; 619-501-2076 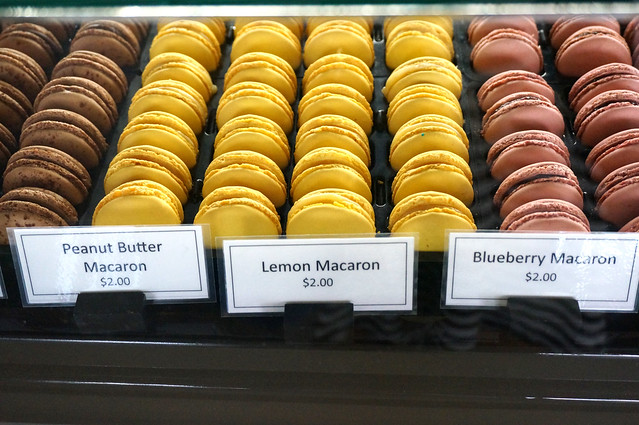 Looking for a little sugar high and that free candy just won’t do? Consider Le Parfait Paris, a newish French bakery that opens early and closes late. But consider going in early before they run out of sweets. Under the glass display, you’ll find colorful French macarons, eclairs and croissants alongside savory options like quiche and sandwiches. Gluten-free options are also available. 555 G St.; 619-245-4457 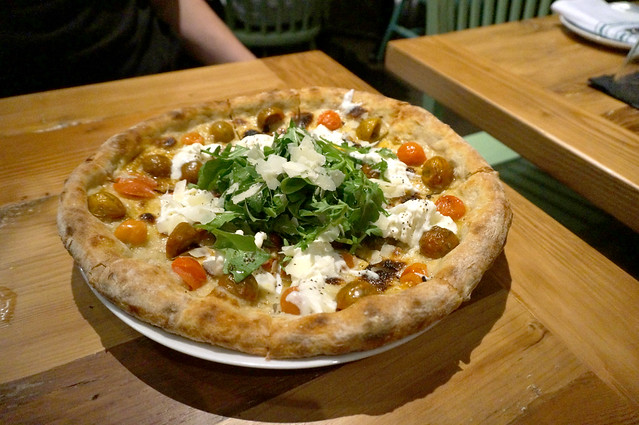 This up-and-coming part of San Diego is a short jaunt and boasts terrific views of the harbor with lots of outdoor patio space. Halcyon, the coffee part of the space serves a terrific cup of coffee in a cool, loungey atmosphere. By evening, head into Stella Public House for beer cocktails, pizza and other awesome apps. The shop opens early and closes by midnight. Bring your computer to take advantage of the free WiFi if you have to work. Note: The walk to the area can be a bit sketchy so keep your belongings close. 1429 Island Ave.; 619-234-0808 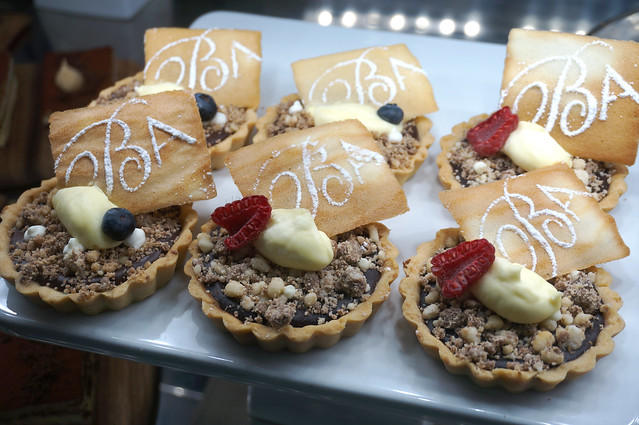 Accessible by trolley or foot, this gleaming destination filled with marble-topped tables is worth the trek. Head here for Italian-inspired lunches or dinners and they also have some amazing cocktails. Added bonus, they also have a cute marketplace by the entrance to fill up on treats or ready-to-eat foods. Added bonus: the restaurant is open until 11 PM every night of the con with happy hour 11 AM until they close! 1195 Island Ave.; 619-255-7800 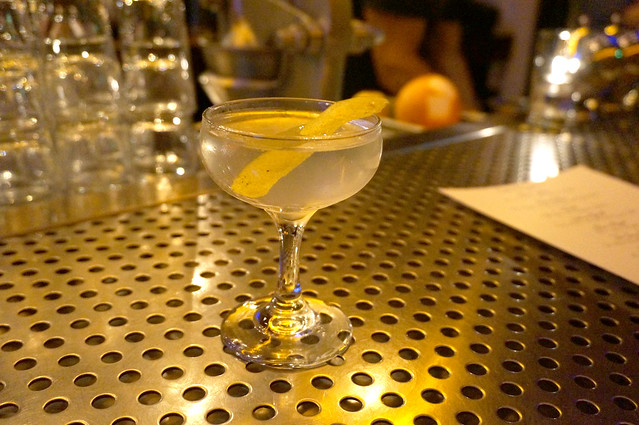 If a cool, hidden bar within a bar is your thing, this cozy place that’s no bigger than a double-wide trailer will suit your needs. Head into The Neighborhood, push on the kegs near the back and you’ll find a secret bar with some of the strongest drinks in town. But take note: reservations are absolutely required. 777 G St.; 619-888-4713 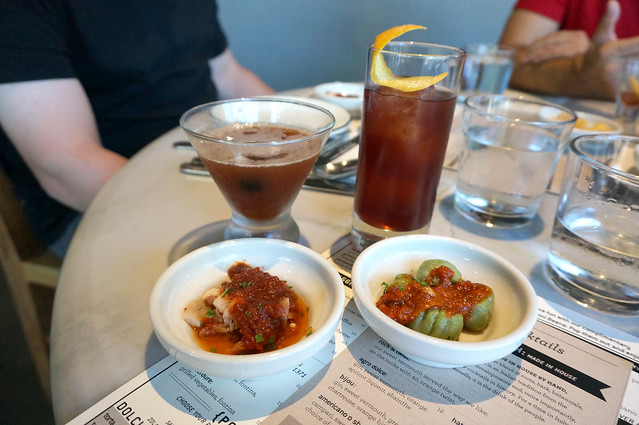 Take a trolley to Little Italy— San Diego’s hottest dining neighborhood. While there are many choices for cocktails including Richard Blais’ very hot Juniper & Ivy, go to this Italian restaurant for their housemade vermouth. Hint: grab a seat at the bar area between 4-7 PM and with every drink, they’ll bring a selection of appetizers for free! I promise, you’ll want to stay for dinner as well. 750 W Fir St.; 619-501-0030 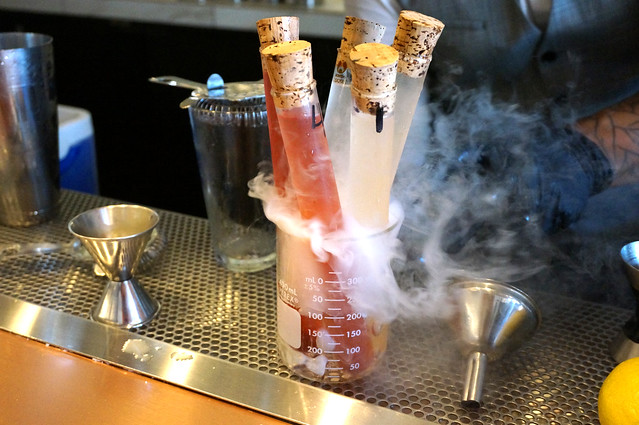 This quirky, eccentric place with a science-theme serves lots of fun cocktails and has an awesome happy hour to match. (Lobster corn dogs anyone?) Test tube cocktails served in a beaker will catch your eye as notable scientists painted on the wall watch you silently. If you’re daring, order up the cotton candy cosmo for two. 750 5th Ave.; 619-546-9321

One thought on “Fear the Walking Hungry: Where to Eat Downtown for Comic-Con”