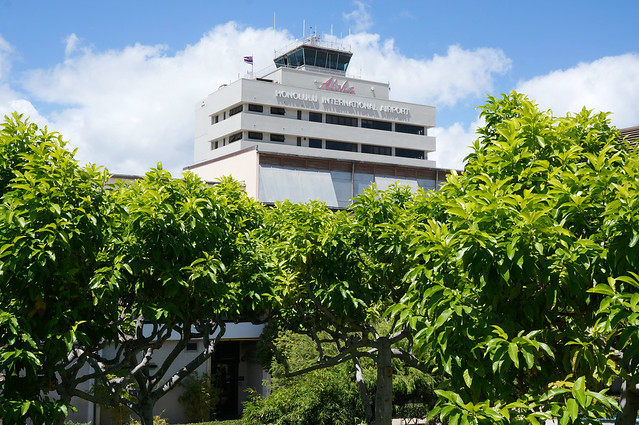 It’s been a while hasn’t it? Since my post way back in April, I’ve been busy pumping out posts on Zagat and also did a bit of traveling. Namely to Hawaii. 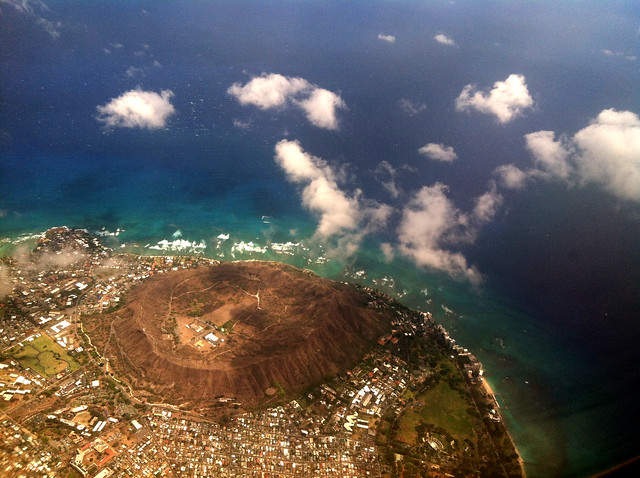 I visited back in May to cover Spam Jam. I was by myself and a short trip with less than 72 hours on the big island. Flying in was easy. Five hours and you’re in Hawaii. From my window seat I can peer into the island before landing.

The last time I was in Hawaii was when we made the move from the Philippines to San Diego. I have a photo somewhere of me wearing flower pants and yellow bows in my hair at the Buddhist garden found within the airport. There are no walls separating the outside from the airport and the concourse. Like me, a lot of people disembarking from the flights took a moment to take a photo. 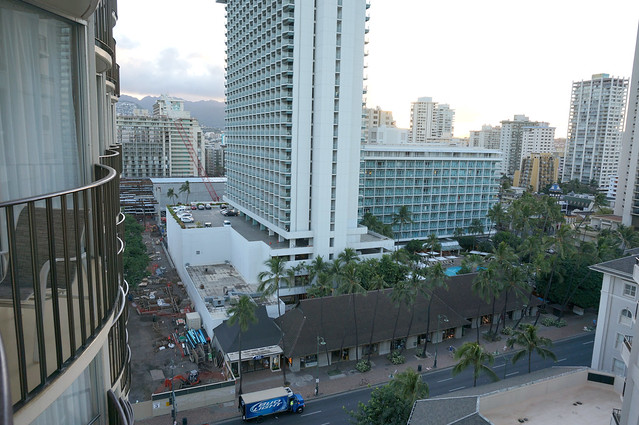 Between scheduled events I had to attend, I had plenty of time to wander Waikiki. Outrigger Resorts, a sponsor for Spam Jam, put me up on the main strip. It’s a busy center located right by the beach. Looking out from my patio I could see the main drag that was busy until well after midnight. To the right was the beach. 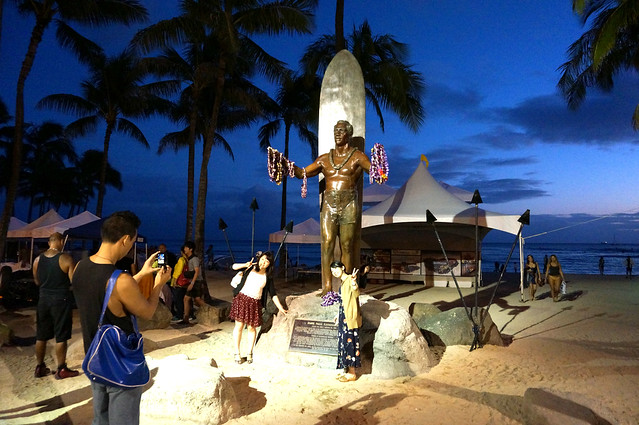 A short distance from the hotel was a statue of Hawaiian surfing legend Duke Kahanamoke festooned with leis. I heard about ABC shops being everywhere and my walk revealed one on almost every corner selling the likes of bathing suits, sunscreen, souvenirs and even selfie sticks. 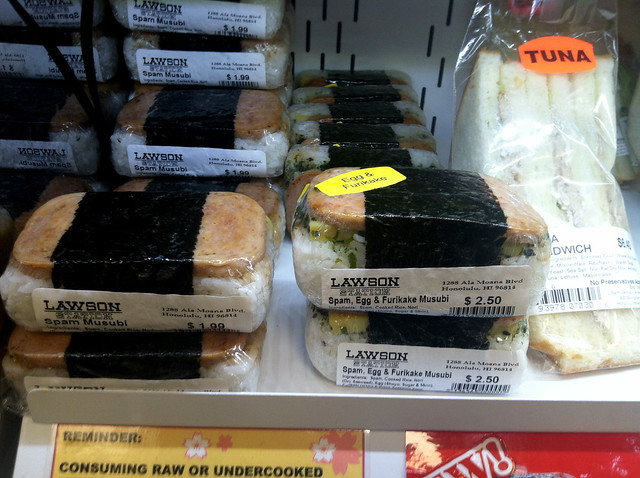 Food at the convenience store was my main draw, especially since I was eating by myself most of the time. I started taking photos every time I saw a Spam musubi but gave up after the fifth time. 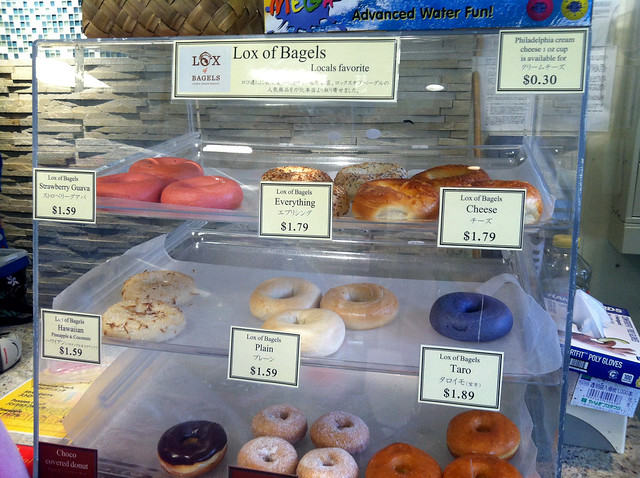 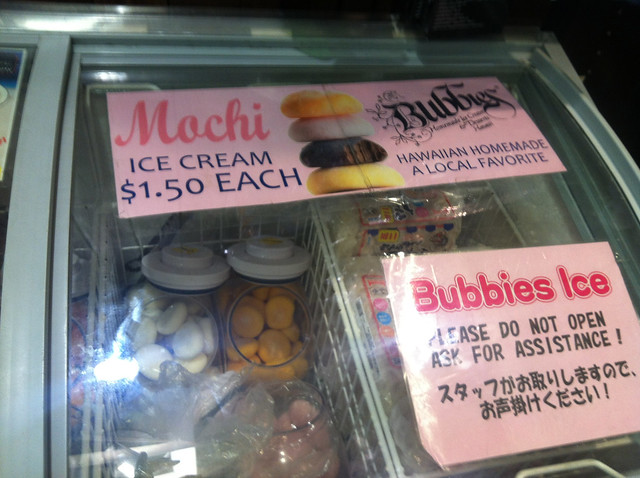 Some food items that drew my attention were the tropical-flavored bagels (taro, pineapple and strawberry-guava) and mochi ice cream.

When I wasn’t wandering by myself, I took an outing with a few other guests to KCC Farmers Market at Kapiolani Community College. Locals and tourists alike filled the parking lot of the campus. Visiting the farmers market afforded me an opportunity to see the local produce — some which I’ve never seen in San Diego. 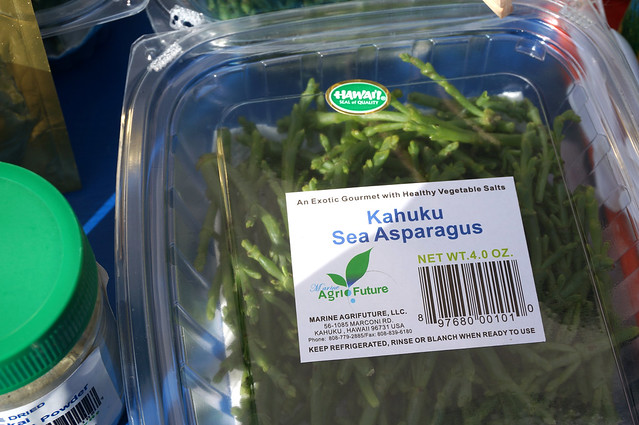 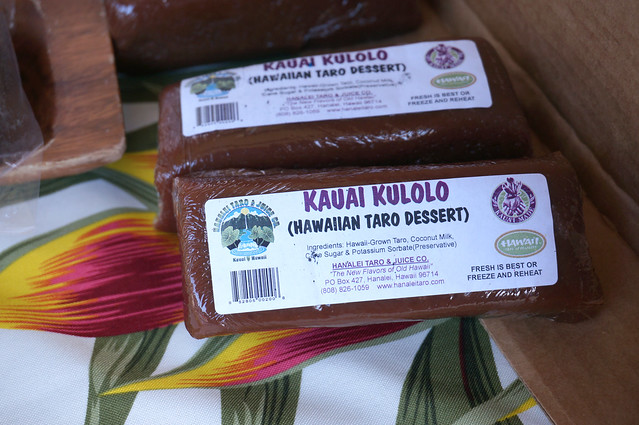 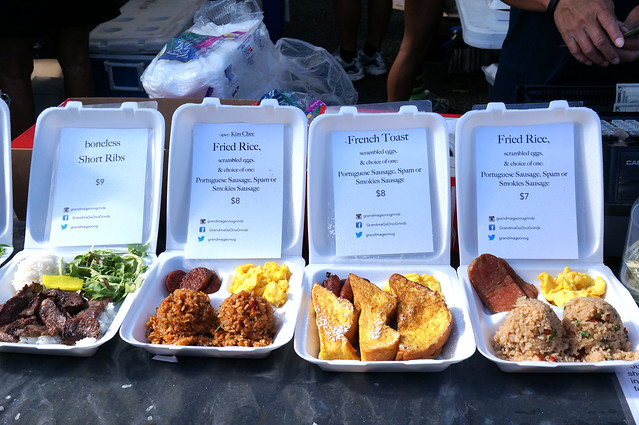 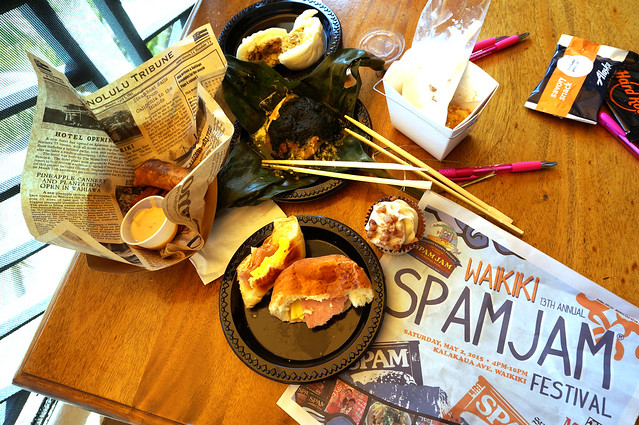 As much as I wanted to eat everything at the market, I saved room for Spam Jam. You can read all about it here.

Before heading back to San Diego, I met up with friends and Nemu*Nemu comic creators Audra Ann Furuichi and Scott Yoshinaga who took me away from the strip for breakfast. We also made a stop a Leonard’s Bakery, known for their malasadas. 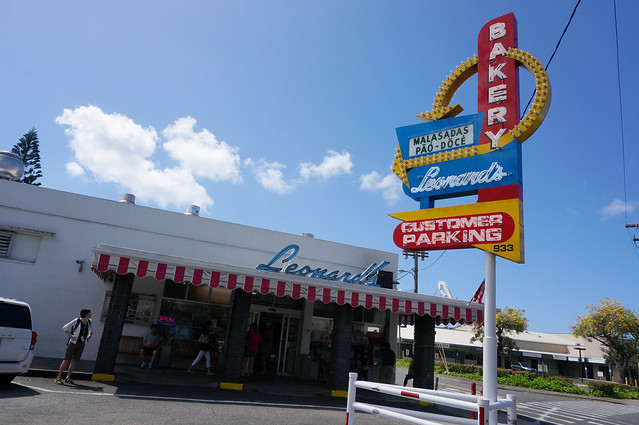 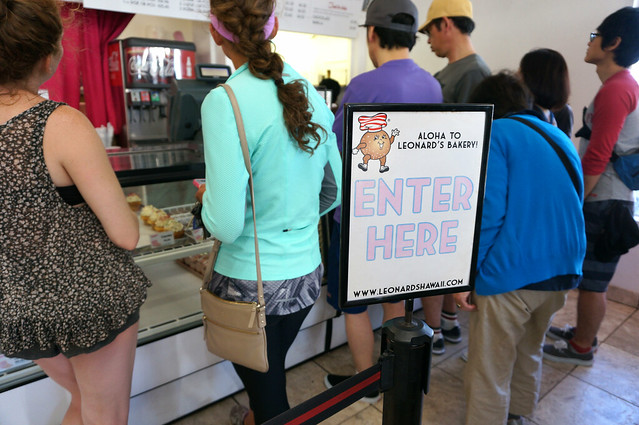 Lines formed outside for their fresh-from-fryer pastries. They were a whopping dollar each and served hot. Bringing them to share with Paul was a wee bit unsuccessful since the flavors of each one mingled in my carry-on bag but I really enjoyed the custard-filled one on my hotel deck. 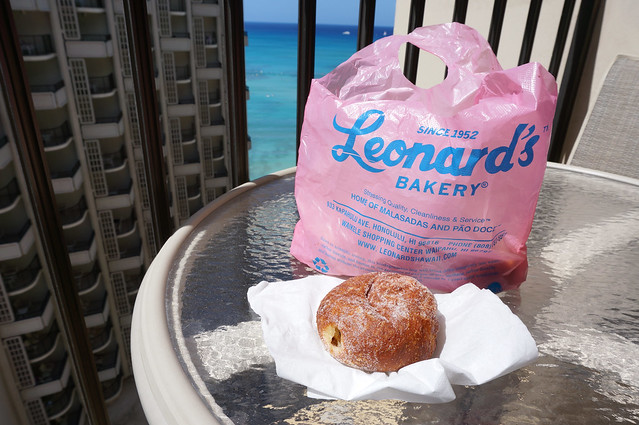 One thought on “Hawaii Sights and Spam Jam”