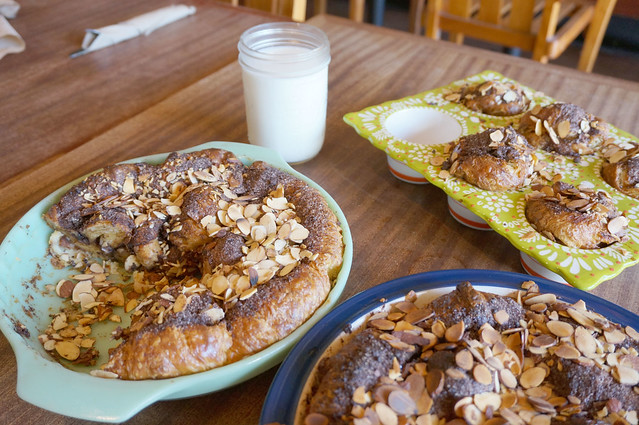 Last week for Zagat, I wrote about the Mexican chocolate bread pudding at Isabel’s Cantina in Pacific Beach. It’s a decadent chocolate infused dessert that pairs well with milk. The dessert was created in conjunction with the Got Milk? campaign where restaurants were contacted to create a food that pairs well with milk. Select restaurants including Isabel’s Cantina created specials and it wasn’t just sweet offerings. Savory items like Korean fried chicken in San Francisco were also included. But if you’re anything like me, sweet is the way to go and I loved this dessert because of the subtle spicy kick from the chipotle chocolate ganache on the side.

Since the restaurant will only be serving it for a limited time, here’s a copy of the recipe to make at home. When it was served at the restaurant, a glass of whole milk was served alongside. Since moving to adulthood and ever conscious of the calories I put into my body, the whole milk was like drinking an unsweetened milkshake. It was thick but helped douse ease the spice from the ganache. I recommend if you make this cake to go ahead and also pair it with a glass of whole milk. 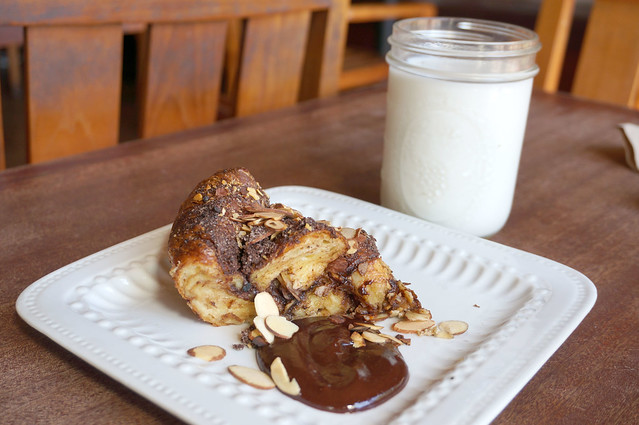 For Mexican chocolate:
Combine the ingredients in a food processor or blender and pulse until semi-fine ground. Set a side.

For Chipotle chocolate ganache:
In a medium saucepan, add the chocolate chips, half and half and adobo sauce.

Cook over low heat until chocolate chips being to melt. Stir with a fork until sauce forms. Remove from heat and set aside.

For bread pudding:
Preheat the oven to 350º degrees F. Butter a 9-inch pie plate and set aside.

Combine the eggs, half-and-half and brown sugar in a large bowl and whisk to combine. Press the croissants into the egg mixture to soak, turning over twice.

Fit the bottom half of each croissant into the butter pie plate, sliced side down. Sprinkle 3/4 cup of the Mexican chocolate over the croissants followed by 1/2 of the almonds.

Layer the remaining croissants sliced down side on top and sprinkle with remaining chocolate and almonds.

Bake the bread pudding until puffy and dry on the top but still moist inside.

Remove from oven and let cool slightly before cutting and serving. Can be served at room temperature or chilled. Top with a spoonful of ganache before serving with glass of milk.

One thought on “Got Milk? Isabel’s Mexican Chocolate Bread Pudding”