I’ve been pretty lucky as a food blogger. Since launching My Burning Kitchen in 2005 as a place online to document my journeys and thoughts, one of the best things was meeting Anthony Bourdain. It resonates even more now that he’s gone.

I won’t go on about how he changed the way we talked about food or his influence on the food writing landscape or his overwhelming coolness but instead simply share my memories of him.

The first was in 2011 when Bourdain came to San Diego on a speaking tour at the San Diego Civic Theater to talk about his book Kitchen Confidential. There were two levels of tickets: one as a regular attendee to watch the show and another that included a meet-and-greet with Bourdain. Due to the costs of the latter, we opted to just watch him talk and returned to our car with the high of seeing him live. 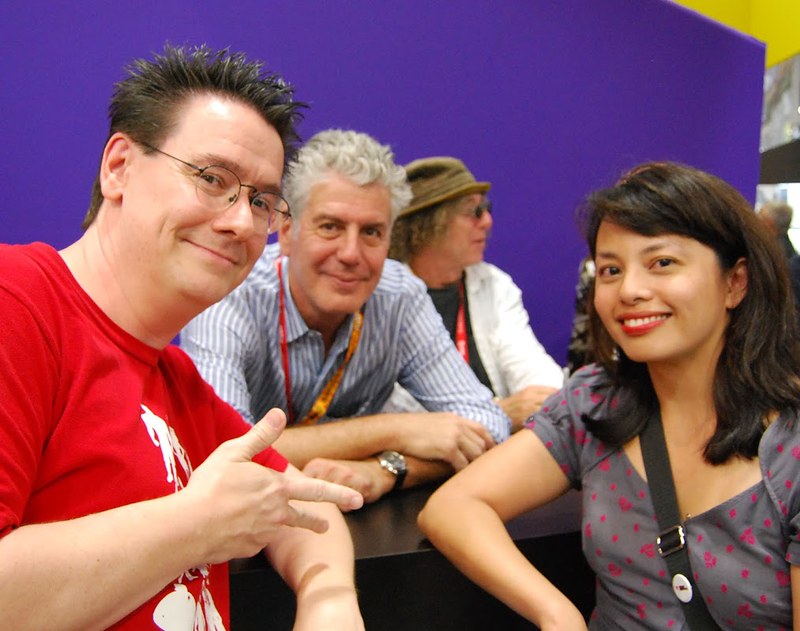 Then came San Diego Comic-Con 2012. It was a memorable year for me having just finished The Girl with The Donut Tattoo in time for the convention. As an exhibitor, I don’t pay much attention to special guests since we have to tend to our table but we heard early that Anthony Bourdain was going to make an appearance to promote his comic Get Jiro! I didn’t pin any hopes on meeting him because as predicted, lines were crazy long yet somehow Paul and I both managed to talk to him. We got in fast, managed to take several photos with him and shake his hand. (They were so big and soft.) 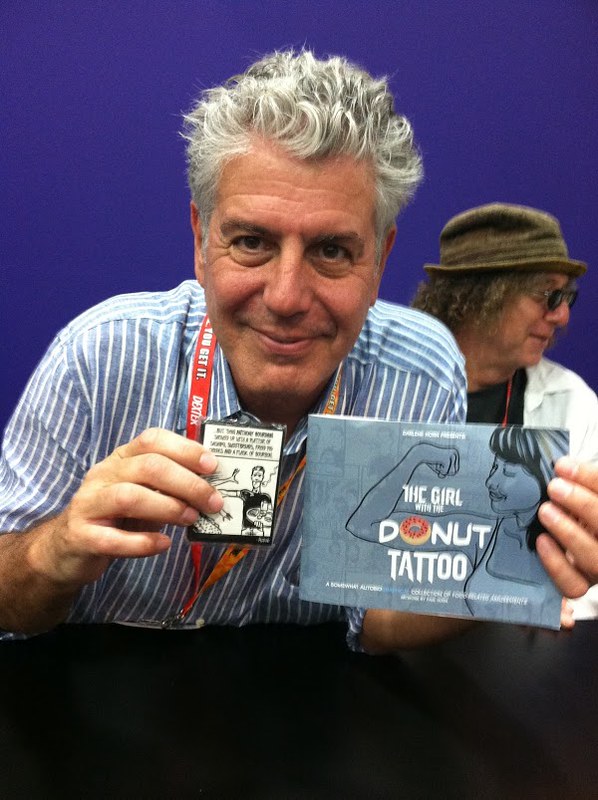 A day later, I saw Bourdain swamped by attendees at the DC booth with YouTube personality Chef Bigfoot (photo at top) wearing an exhausted look on his face.

My luck in meeting Bourdain struck a second time three years later in 2015 when I got an invitation to visit the set of The Taste. Nigella Lawson, Marcus Samuelson and Ludo Lefebvre were also part of the visit. We got to sit with the celebrity judges and ask questions while touring the set. Frankly, since I met him a few years ago, my attention was focused more on the others but seeing him again this time was still a thrill in more intimate surroundings (aside from Paul, there were only two other bloggers invited to the meet-and-greet). I can still recall listening to Bourdain talking about influential comics creators citing Jim Steranko and “Steve Canyon” and “Terry and the Pirates” creator Milton Caniff among his favorites. I only recently found the photo and overwhelmed at the nearly 12-inch height difference between us. Bourdain was not only bigger than life, he was literally bigger than any person I’ve known. 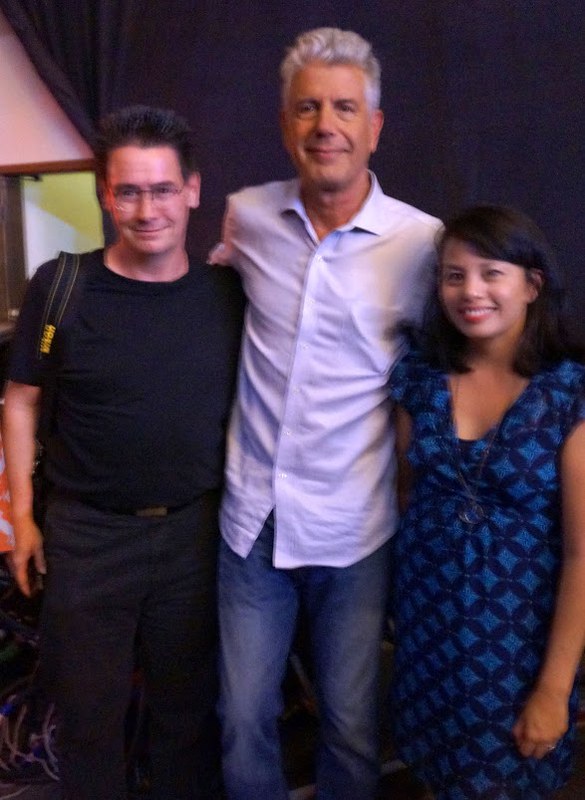 I lost track of Bourdain’s diverse career in recent years and didn’t follow up on his latest shows but news about his suicide struck me surprisingly hard. Fans will never be graced with thoughtful writings or TV appearances and that’s so incredibly heartbreaking.

R.I.P. Anthony Bourdain. You will be missed.