I’m running out of fast-food franchises that serve fish sandwiches, at least at a local level. A few years ago KFC touted a blink-and-you-missed-it “lent-seasonal” fish sandwich, and Chick-Fil-A offers a fish sandwich but not in this market. And burger joints Five Guys, Smashburger, Little Big Burger and Shake Shack— no dice. 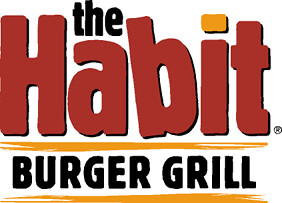 Floundering, I recall seeing a drive-thru window attached to The Habit in Mira Mesa (?!) and doesn’t a drive-thru window automatically make your establishment “fast food?” Turns out they have a grilled ahi sandwich on the menu and so I ordered one up in a seeded bun, minus tomatoes, and in not-so-short order (their sandwiches are made-to-order) I had a new catch to review. 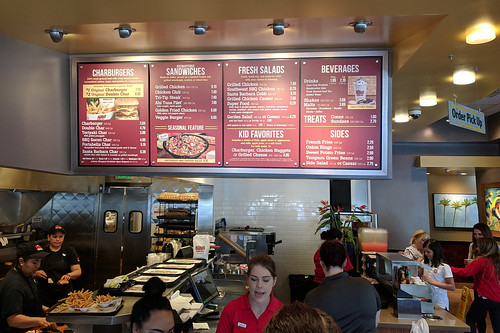 The Habit is technically “fast casual” and it shows with the presentation. The sandwich comes elegantly wrapped in paper in a resealable plastic container. Their menu touts their ahi tuna steak filet is “line-caught, sushi-grade” and comes with a teriyaki glaze, shredded lettuce and housemade tartar sauce. It certainly looks different from any other fast-food fish sandwich, as is the taste. True to its “sushi-grade” claim, it’s a seared slab of tuna that’s still relatively raw in the center. It was nice and thick and was even a little larger than the bun. Teriyaki glaze worked well with the tartar sauce, which was slightly sweet, and the lettuce was crunchy and not over-abundant. While eating it and reflecting on other fast-food fish sandwiches, I couldn’t help but to paraphrase that Sean Connery line from “The Untouchables”: “Isn’t that just like The Habit— brings a gun to a knife fight.” 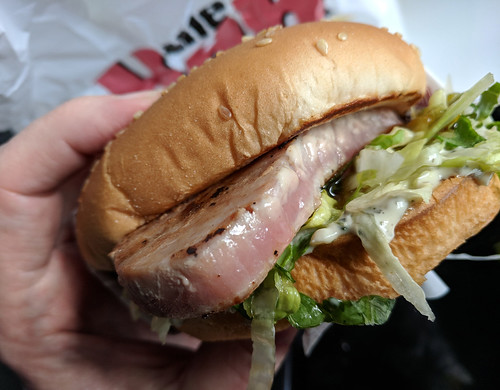 Yeah, that was a great sandwich.

According to their website, the sandwich as I ordered it clocked in at 390 calories with 10 grams of fat, 2 of which are saturated fat. I’d have to go back and read my previous reviews (see link below), but it may be the least fatty and caloric fish sandwich out there. But to balance that, it was $7.49 pre-tax so that makes it the most expensive fish sandwich by a wide margin.