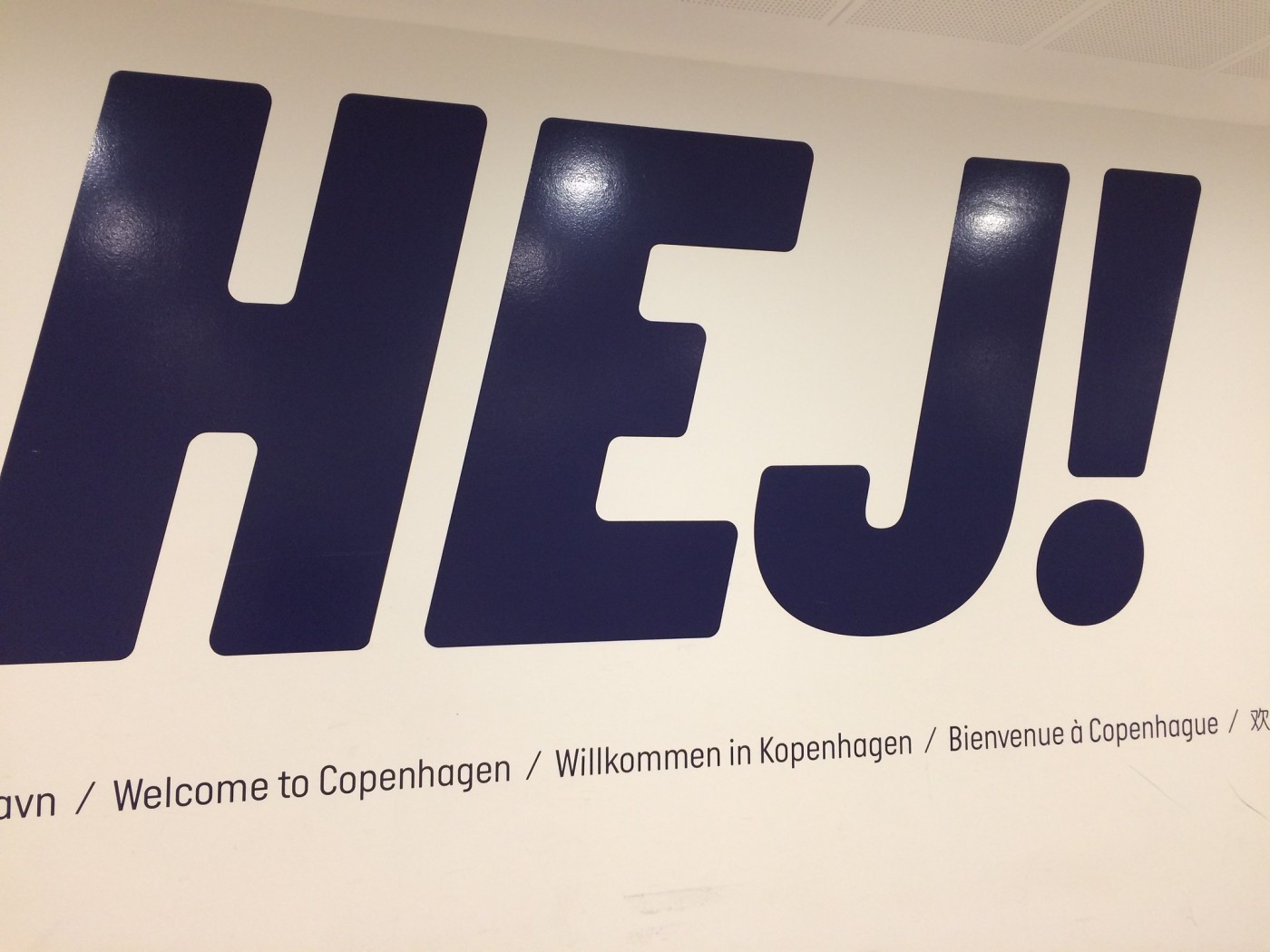 It’s been a long time since my trip to Denmark and Sweden in the summer of 2017 but I felt it was important to document it for my failing memory.

My invitation came from Absolut Elyx, a luxury brand vodka. The trip included a flight to Copenhagen, Denmark and car ride to Sweden where the distillery is located. Like my Phoenix media tour, here’s a look at what happens.

Absolut’s original trip planned for me was four days, two of them which were travel days. Basically leave from San Diego and upon arriving in Copenhagen in Denmark and immediately make my way to the quaint shoreline town of Åhus in the southern part of Sweden. Since I was traveling so far, I requested an additional day added onto the beginning of my trip so I could explore Copenhagen on my own. Thankfull,y my request was granted.

Paul had only arrived back from the Denver Comic-Con a few days together before I left on my own for my trip. So on Sunday, July 8, I flew from San Diego to Washington D.C. and made a connecting flight to Denmark.

I arrived in Copenhagen early in the morning ready to explore the town. My objective was to see as much as possible before I had to leave for Sweden the next day. 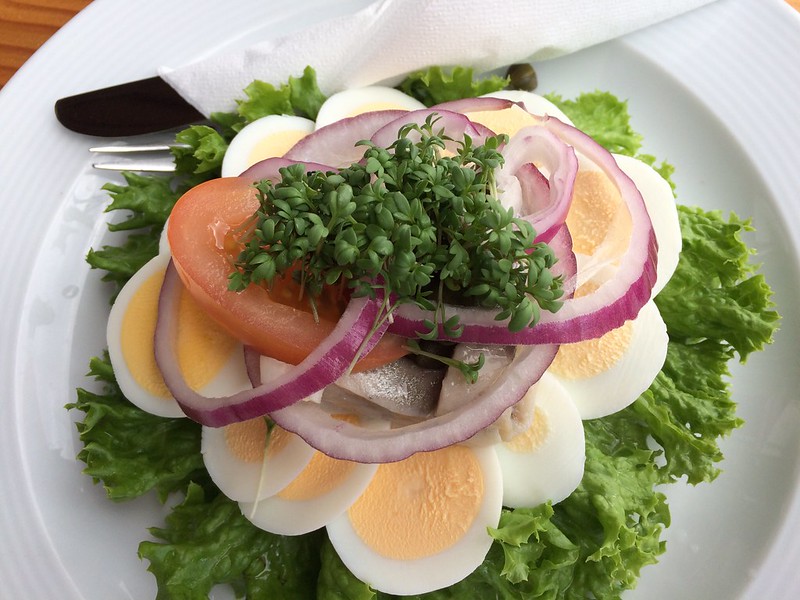 After dropping off my carry on luggage at the hotel, I searched the city for food. Near the top of my list to try was smørrebrød, basically an open-faced sandwich. I opted for a traditional one with sliced hard-boiled eggs and herring, another speciality of the region. 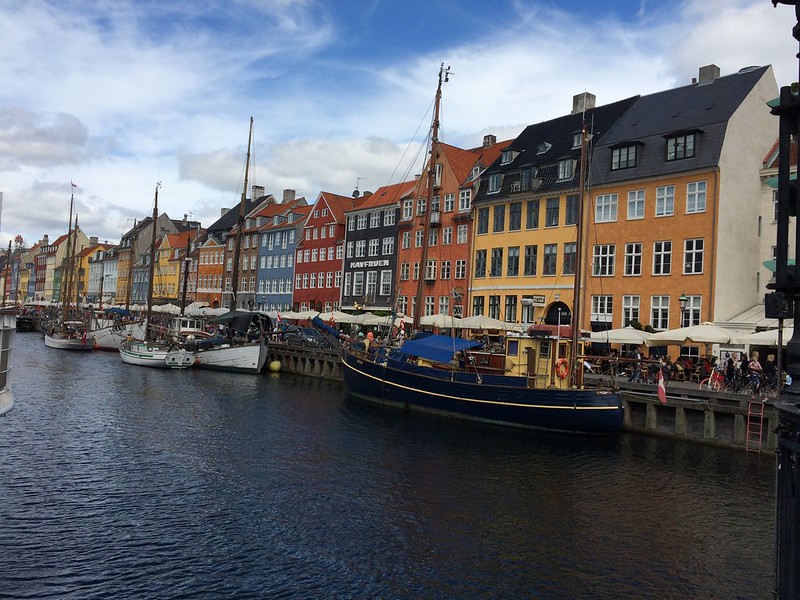 Despite having an unlimited travel pass to ride public transportation, I walked most of the day exploring Tivoli Gardens to the waterfront as well as explore nearby shops. By late-afternoon, the lack of sleep from the plane hit me and I headed back to the hotel. 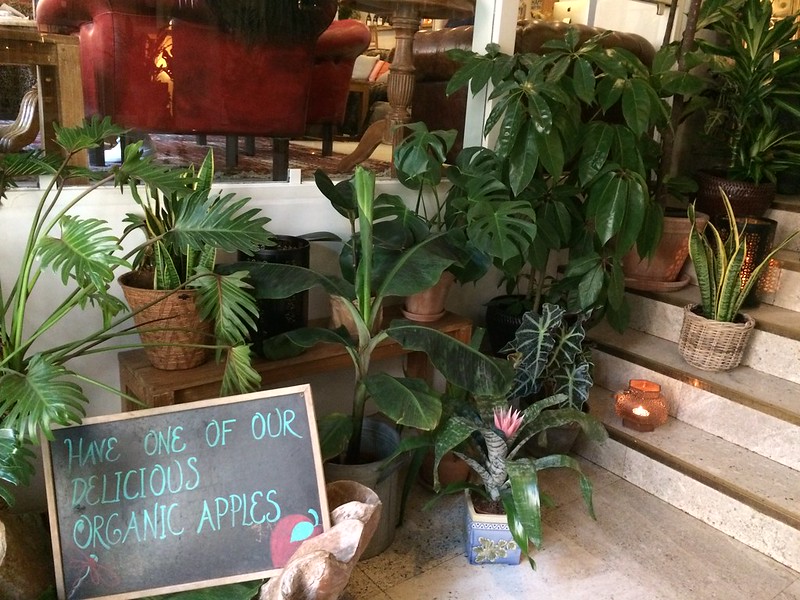 Denmark is hailed as one of the most eco-conscious countries in the world and the hotel reflected this. A bounty of plants and organic apples welcomed guests in the entry way and the hotel room itself was outfitted with bamboo sheets, bamboo toothbrushes and guests were encouraged to drink water from the tap which gladly I did. 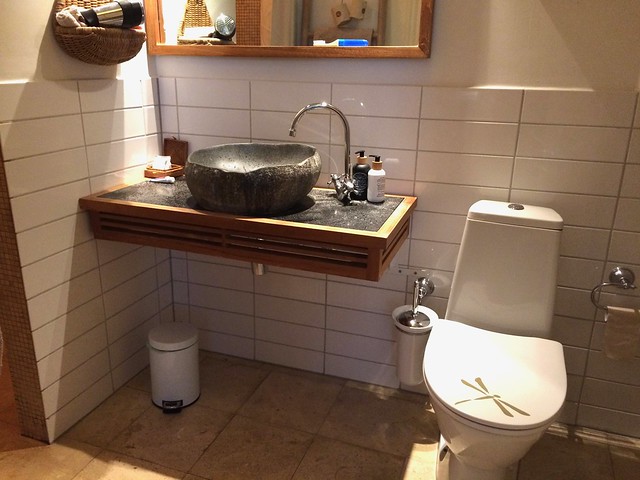 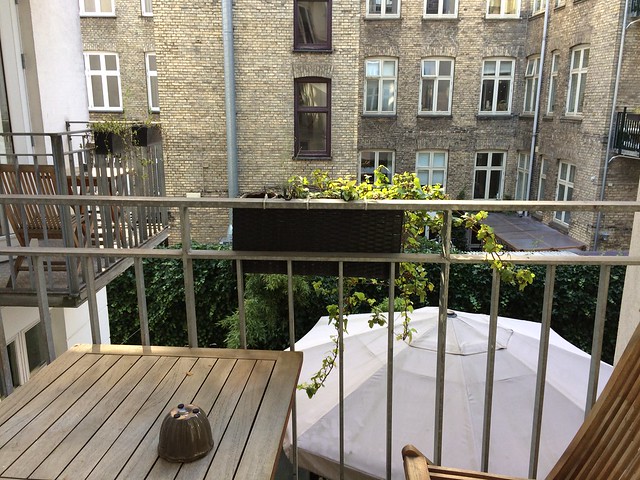 The chilly morning turned into a slightly warmer afternoon and according to my watch, I napped for more than two hours with the windows open. Being that Copenhagen is so far north, it was still daylight when I sent out for my second jaunt of the day around 8 PM. I stayed closer to the hotel this time, spending most of my time at Tivoli Gardens. Reading travel books before the trip reveals that Walt Disney used Tivoli Gardens as an inspiration for Disneyland and I can see direct influences. There was a Pirates of a Caribbean vibe in one area, musical stages in another. But unlike Disneyland where it’s making way for updated rides like Guardians of the Galaxy, Tivoli Gardens remains timeless and just so lovely. Dinner was fairly small: a hot dog from a street vendor and Skildpadde and Lion-flavored ice cream with a whipped cream and complimentary dollop of jam on top! 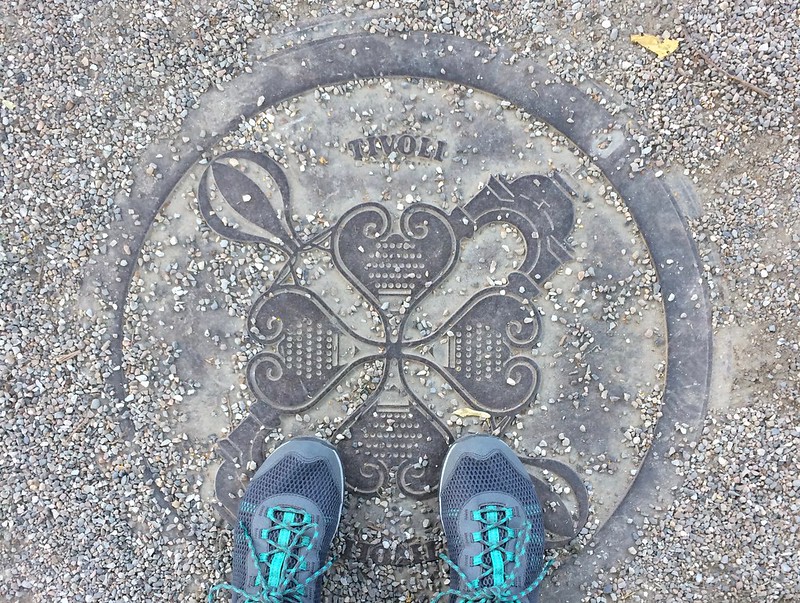 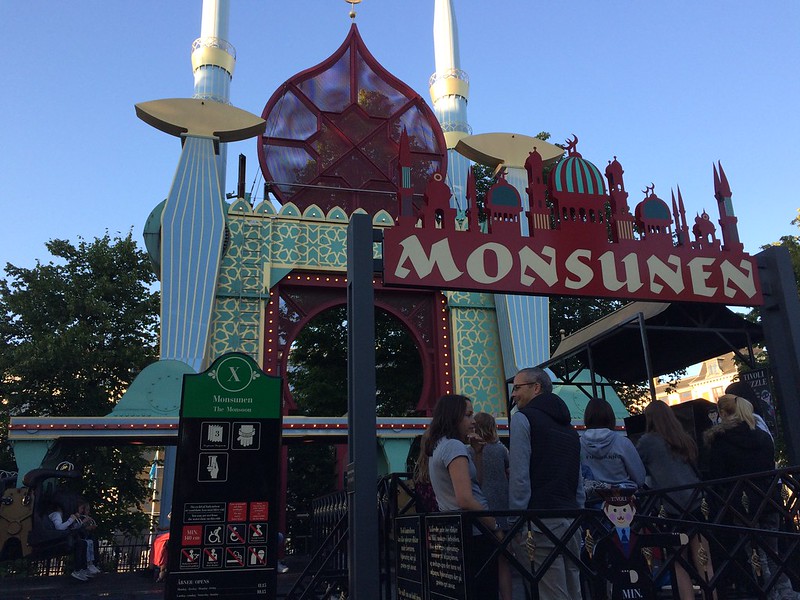 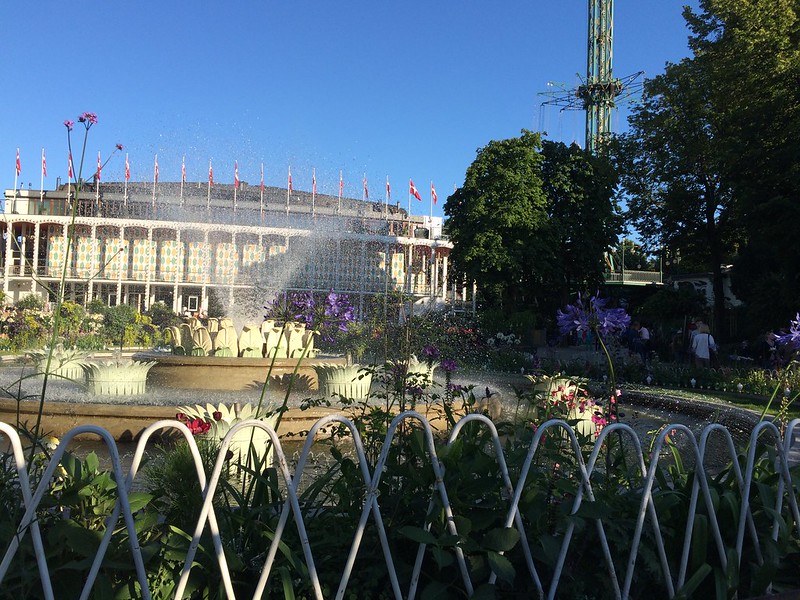 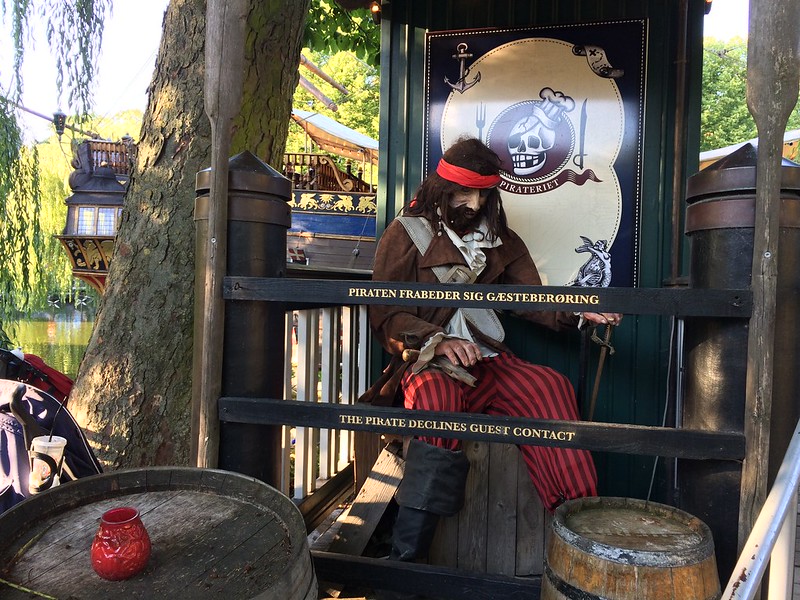 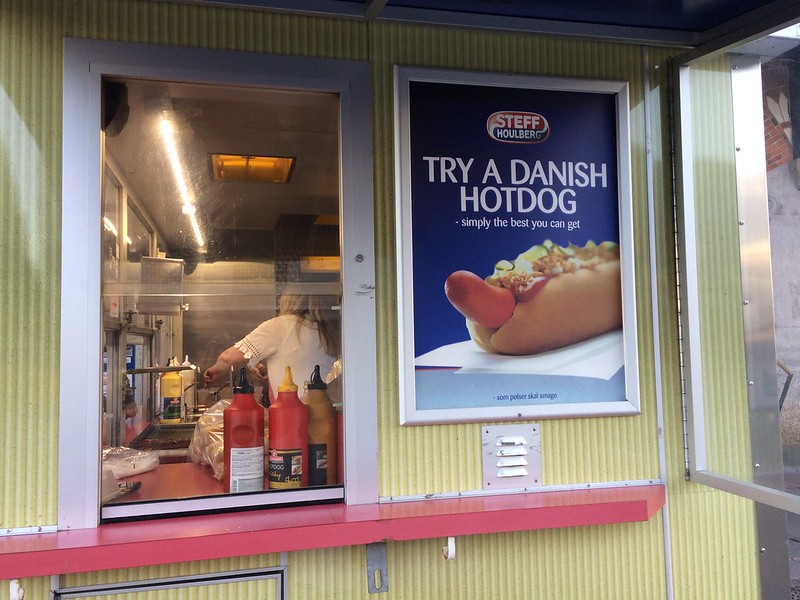 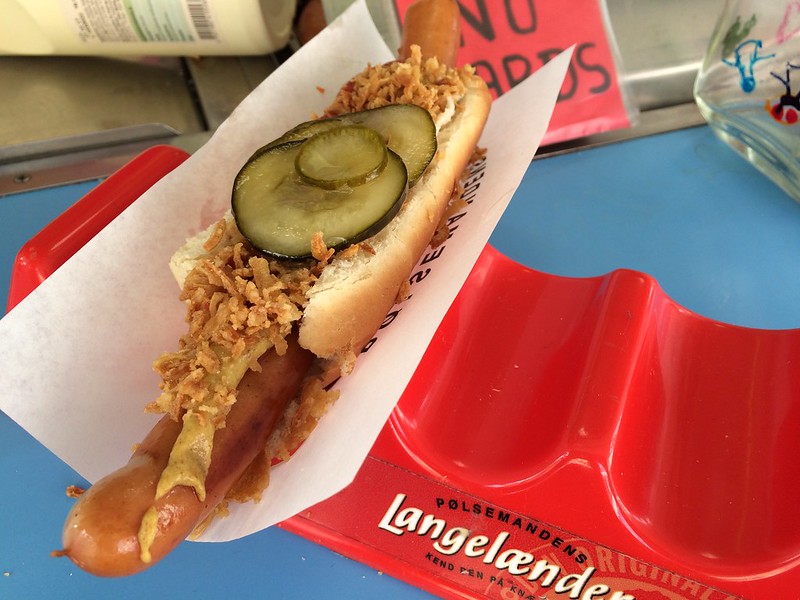 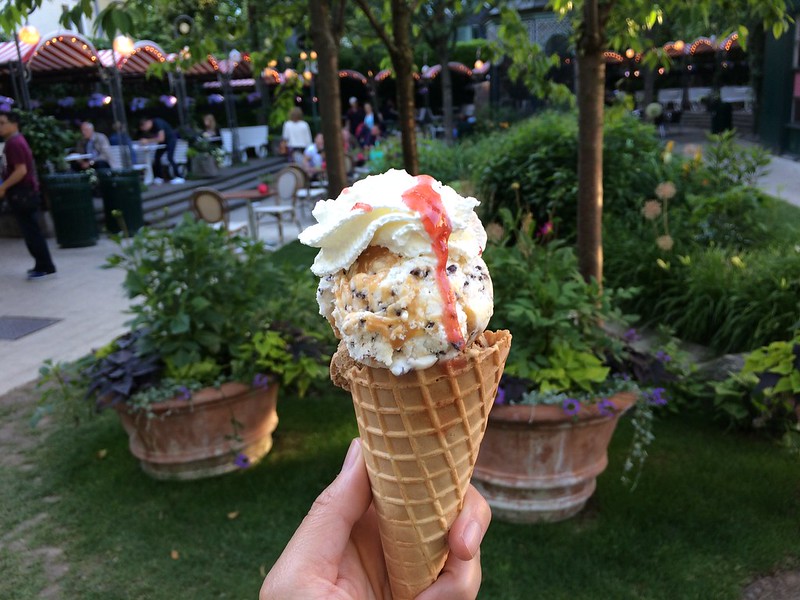 The next morning, I opted for the breakfast buffet and filled up on eggs, salmon and other fare in the courtyard. I wasn’t ready for sweets that early in the morning and missed out the the chocolate sheets for the buttered bread. 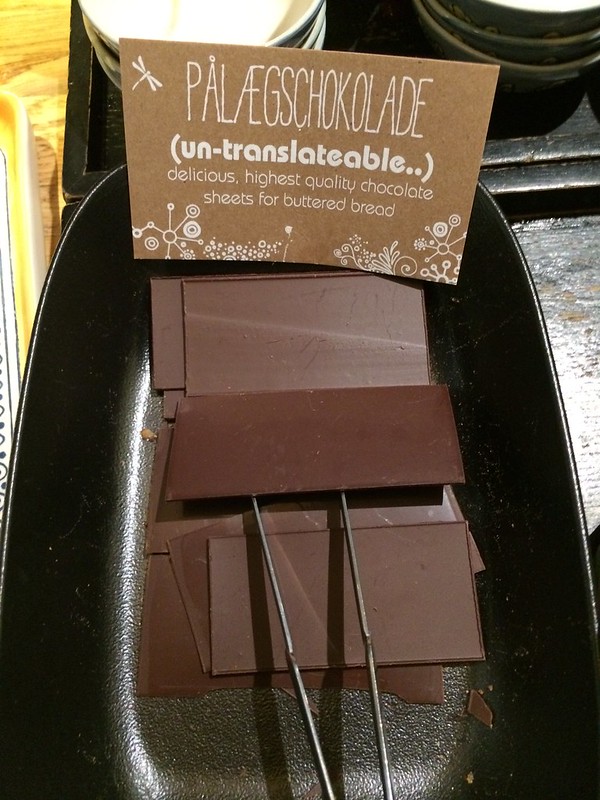 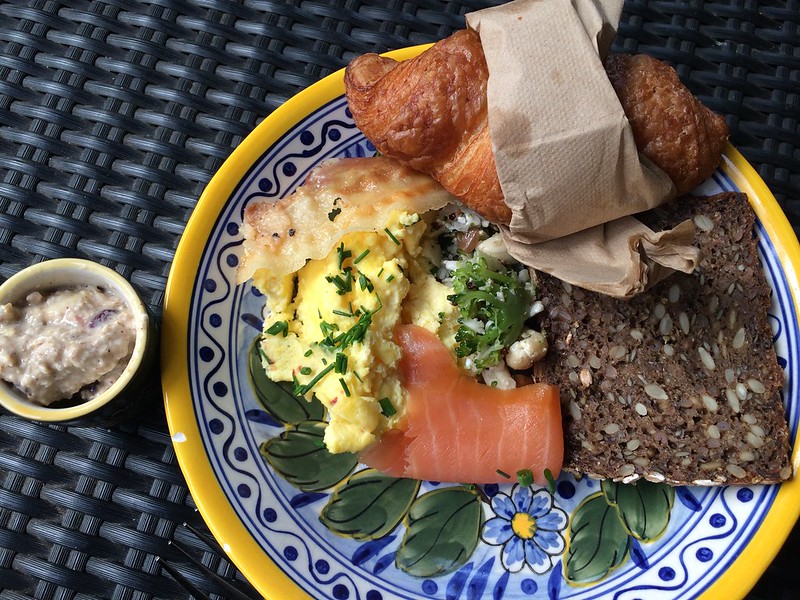 Next up: Åhus, Sweden

Copenhagen, Denmark is little more than an hour to Åhus, Sweden. The driver picked up other people on the trip and we all made our way to our final destination in Sweden. I enjoyed the ride, checking out the sights that included an Ikea and crossing the massive bridge connecting Denmark to Sweden. 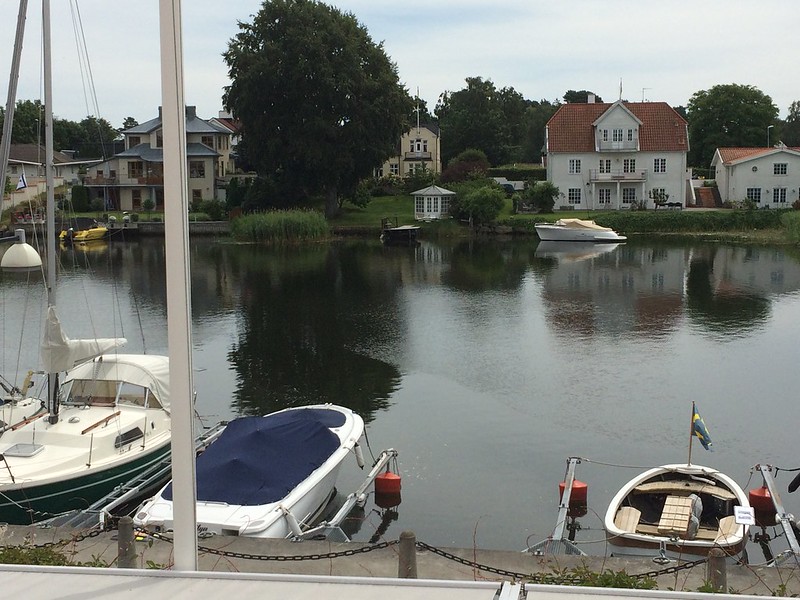 Once at Åhus, we were showed our rooms at a cute hotel by the canal. Exposed wood beams lined the hallway and the room had all the creature comforts including a furry pillow. But as with all media trips, there’s really no downtime to decompress, once we dropped off our bags, we were ushered to town for lunch. 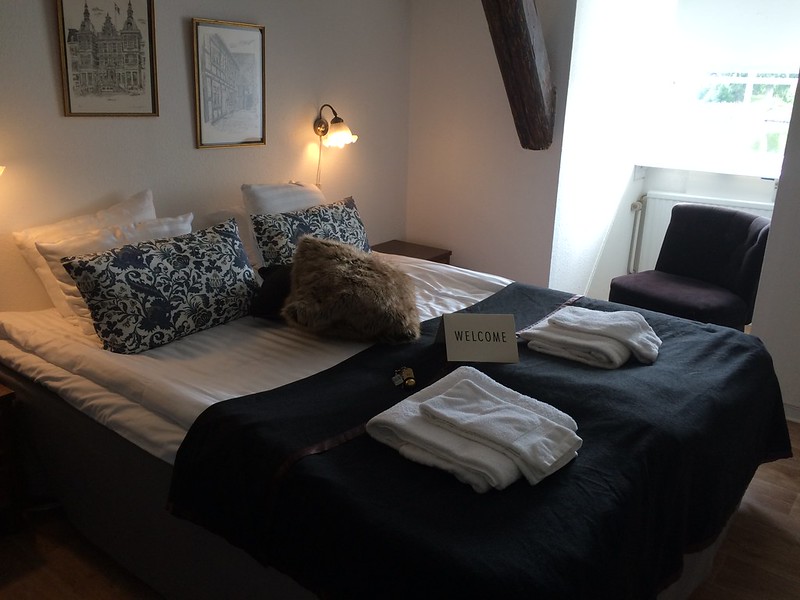 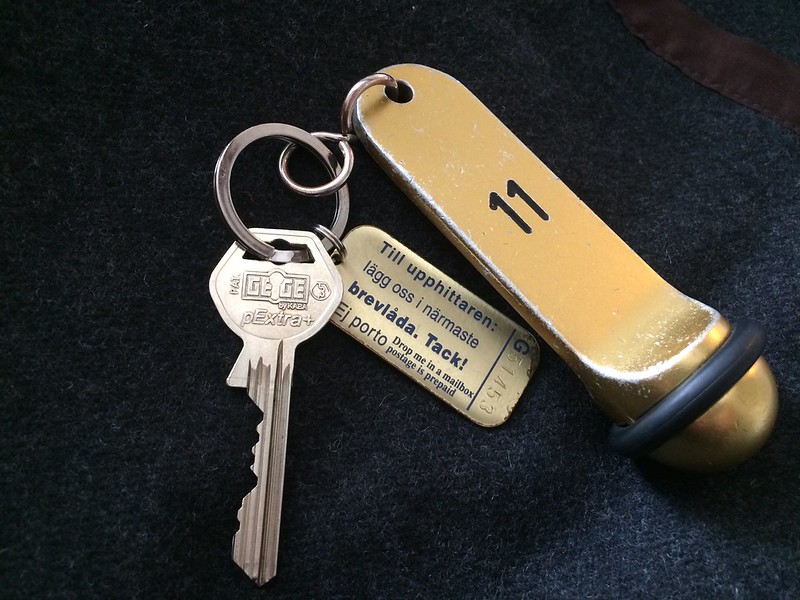 Again more traditional spread including three types of herring. Immediately after, we headed into a demonstration room. Old advertisements for Absolut Vodka decorated the ceilings and we sampled cocktails. 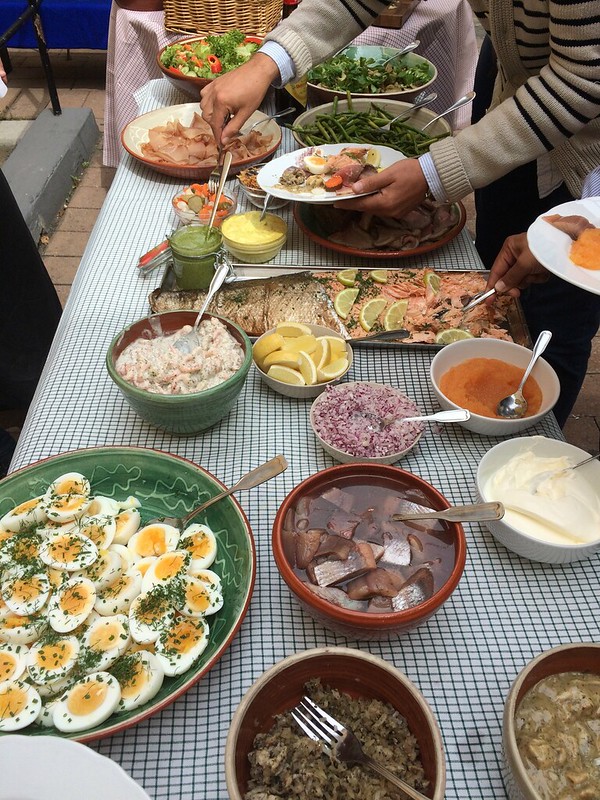 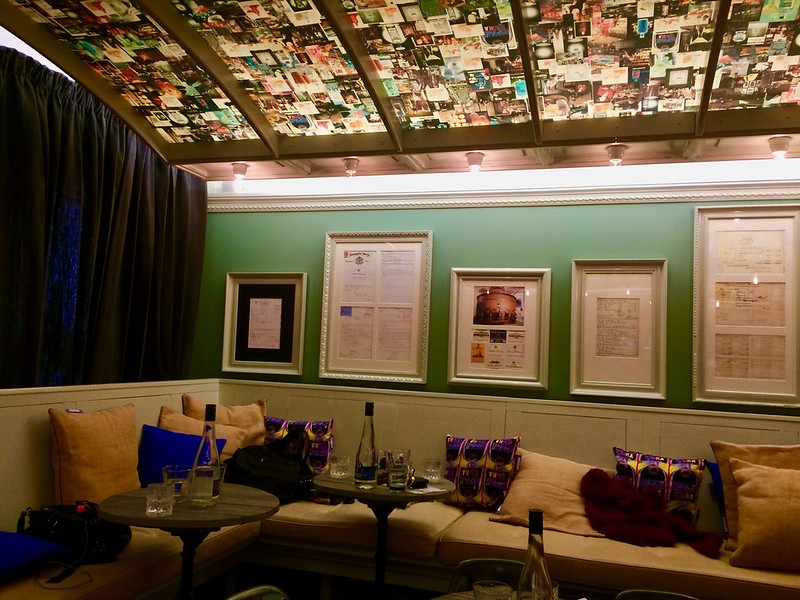 Back at the hotel, we had a little bit of free time before dinner and I took the opportunity to bike to the Baltic Sea. The two and half mile ride to the water lead me through the residential area of Åhus. With the tall trees and smell of fresh water, it looked and smelled like Lake Tahoe minus the street signs with names with umlats. The weather was still a bit nippy for my taste but people were swimming. A bit of a disclaimer here: I’m not a very good bicyclist. While I road to the shore, I also fell off the bike (I didn’t know how to brake and was too short to reach the pedals). Immediately upon falling, several Swedes ran up to me to see if I was ok. 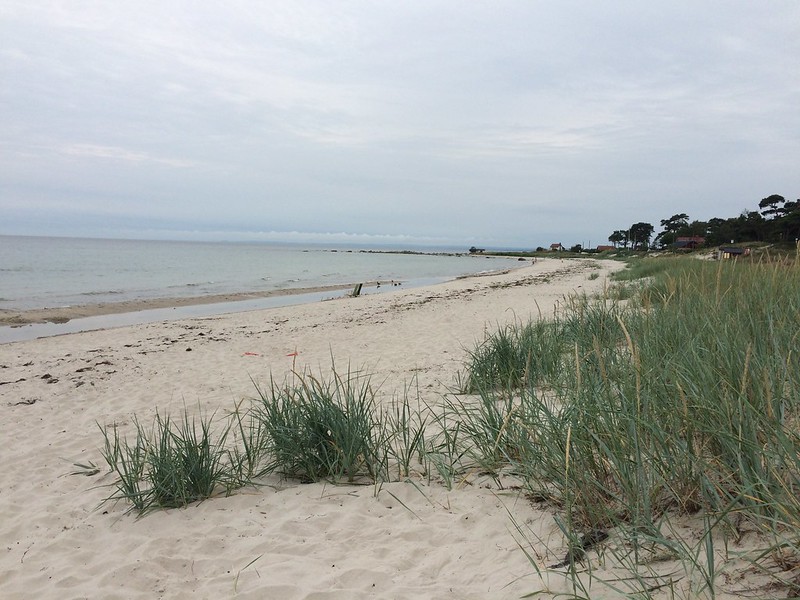 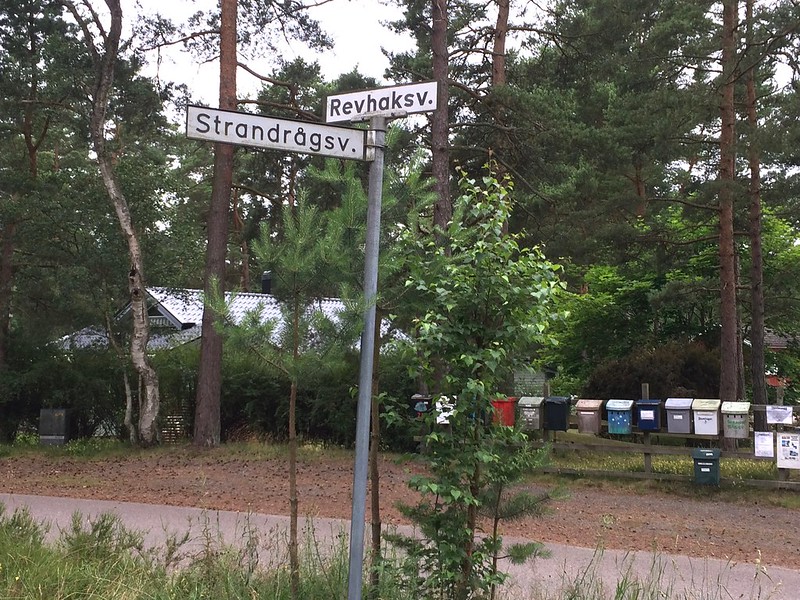 Knowing this was the first full day and also final day of the media tour, I knew the day would be packed. Immediately after breakfast, we toured Absolut’s private winter wheat field, an important ingredient for Elyx vodka. 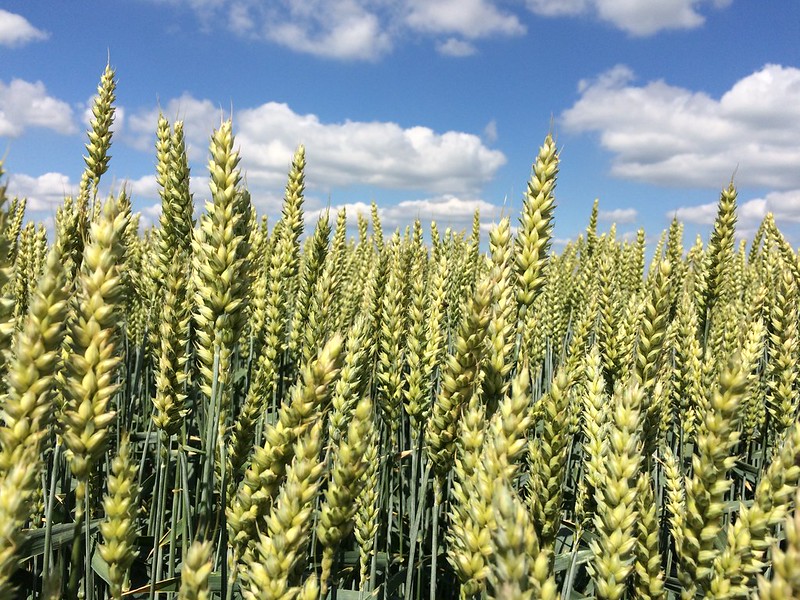 Not too far from the wheat fields is the Absolut distillery. Housed in a brick building, the factory is one of the biggest structures in town. Copper plays a prominent role in Elyx and its identity. Aside from being showcased in its bottles, copper is used to purify the spirits absorbing any unwanted compounds. The result is a smooth finish that shines in simple cocktails like martinis which we tasted our way through and even created our own concoctions. 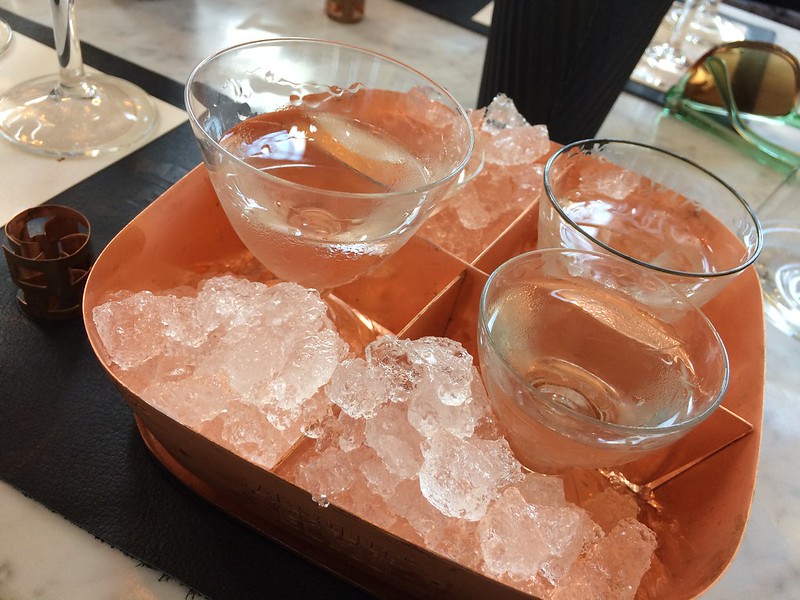 The highlight of the day was a helicopter ride after the distillery tour where we got a bird’s eye view of Åhus and the surrounding wheat fields. It was my first time on the helicopter and despite my fear of heights, I tried to focus on the scenery. 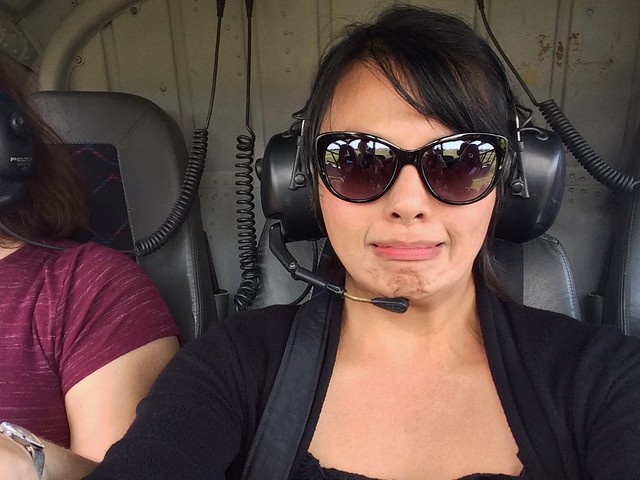 And as crazy as this sounds, dinner was held at the carriage house of a nearby castle (or so I’m told). While seemingly extravagant, I was more excited about seeing a hedgehog crossing the road on the way back to the hotel. 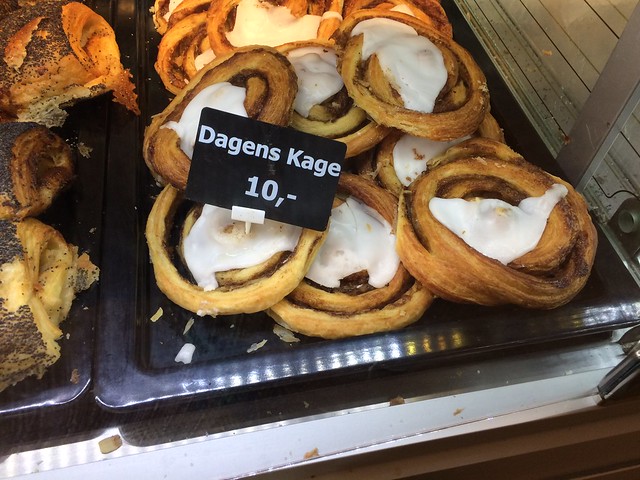 Like most trips, it’s always impossible to bring partners or guests. I made sure once I was back at the airport to find something to bring home to Paul and that came in the form of pastries and a super tight shirt. (The pastries successfully made it back across the Atlantic and continental U.S.!) Trying to recount everything to Paul was difficult and although the trip was so fast, I made a resolution to get the both of back to Sweden. That weekend when I returned, I booked ourselves a future to Sweden the following spring.