I’ve been obsessed with yule log cakes since I was a kid looking through the Swiss Colony food catalogs. I’ve never ordered from Swiss Colony nor do I remember my parents ever ordering from them either. Regardless, I studied that catalog as feverishly as the one from Toys R Us. 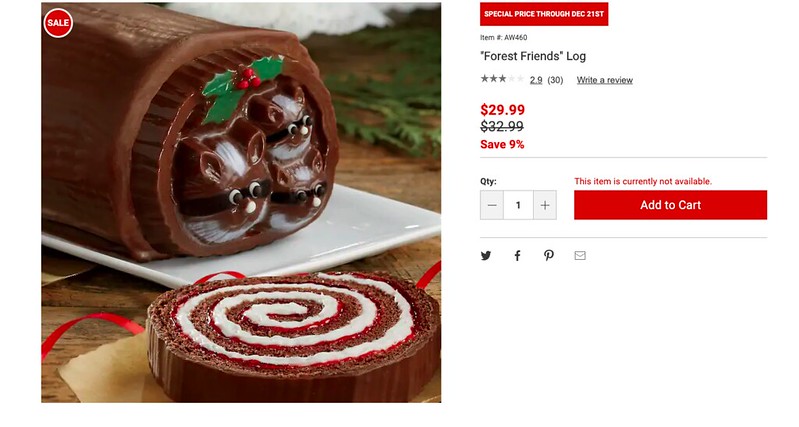 The jaunty decorations combined with cake roll put it near the top of my list of desserts. Over the years I’ve had variations either bought for me from Paul or as a slice from a restaurant but never ever attempted to make my own — until last year.

I did tons of research and before finally settling on a recipe from Delish. Basically a chocolate sponge cake rolled up with whipped cream topping in the middle and chocolate frosting on top. I didn’t stopped there; I went further and made meringue mushrooms to adorn the roll. 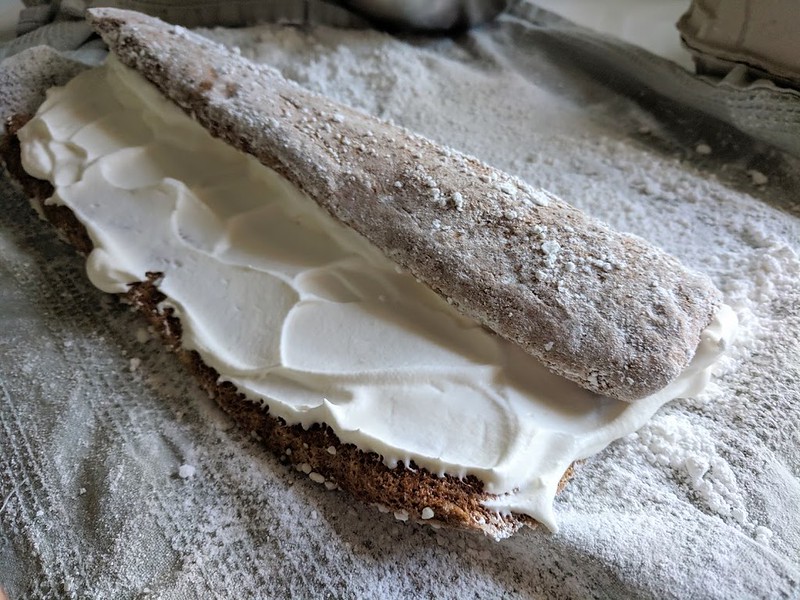 I learned a few things after my first attempt.

Here is the complete recipe including meringue mushrooms.

Good luck and let me know if you’ve ever attempted making a yule cake!

Pour batter into prepared pan and spread into even layer. Bake 12 minutes until top of cake springs back when lightly touched.

Starting at short end, use the towel to tightly roll cake and let cool completely.

When cake is cool, unroll and spread filling evenly inside the cake. Roll cake back into log without towel, placing it seam-side down on a plate. Refrigerate for one hour.

Remove cake from refrigerator and trim ends. Optional: Cut a two inch slice from an end at a 45 degrees to create a branch. Attach to side of cake.

Frost cake with chocolate buttercream and dusting of powdered sugar. Use cranberries, rosemary and meringue mushrooms for garnish if you wish. 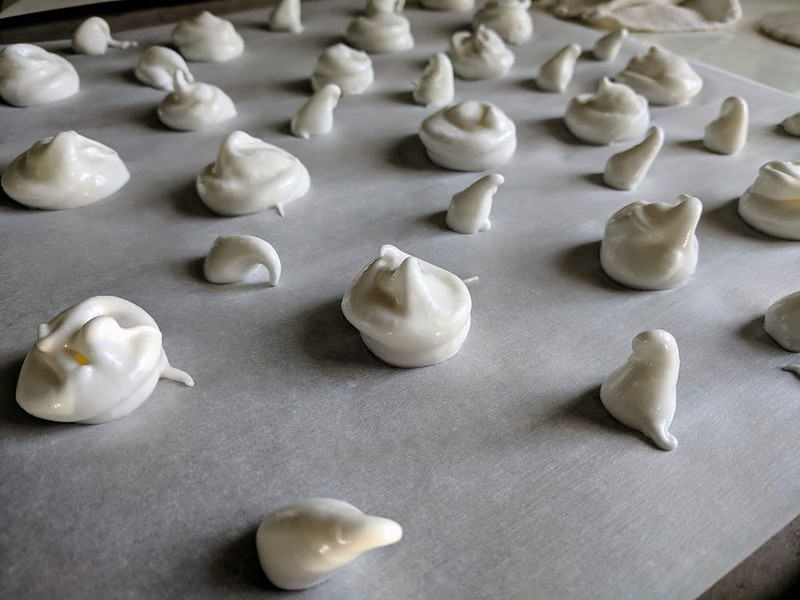 Preheat the oven to 225 degrees F.

In a large bowl (glass or metal), whip egg whites until foamy.

Gradually sprinkle in the sugar and continue whipping until the mixture holds stiff shiny peaks.

Using a pastry bag with round tip, fill the bag half way with the meringue.

To pipe the mushroom caps, squeeze out round mounds of meringue onto one of the prepared cookie sheets. (Use wet finger to smooth out peaks.)

For the stems, press out a tiny bit of meringue onto the other sheet, then pull the bag straight up to resemble candy kisses.

Dust the mushroom caps lightly with cocoa using a small sifter or strainer.

Bake for 1 hour in the preheated oven, or until the caps are dry enough to easily remove from the cookie sheets. Set aside to cool completely.

After meringues have cooled, poke a small hole in the bottom of a mushroom cap. Store at room temperature in a dry place or tin until ready to serve bûche del noël.