Catch up the first and second part of the trip here and here.

Paul and I got darn lucky the day before with sunny skies especially since it involved a helicopter trip. Unfortunately, our third and final day in Alaska was the opposite.

Thankfully we had nothing really to do and had a bit too much time on our hands. We wandered downtown after checking out of our motel in Palmer and hit up our favorite pit stop at Captain Cook hotel to use the restrooms. 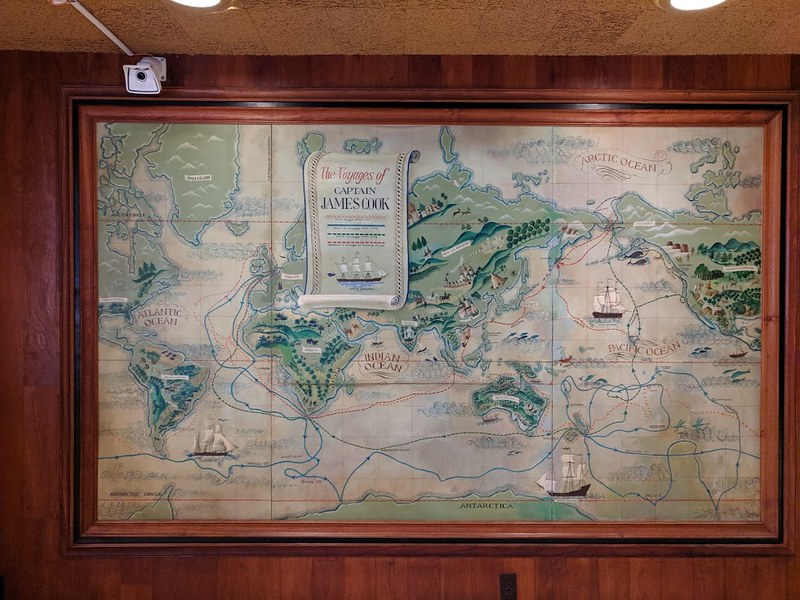 We used the hotel so much during our stay, we needed photographic proof of his voyages around the world like this mural displayed in the lobby. 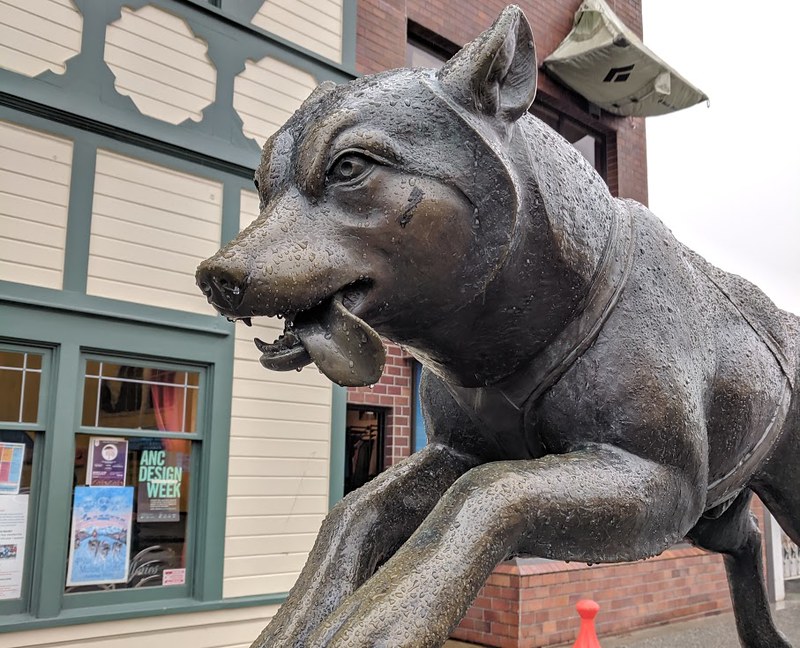 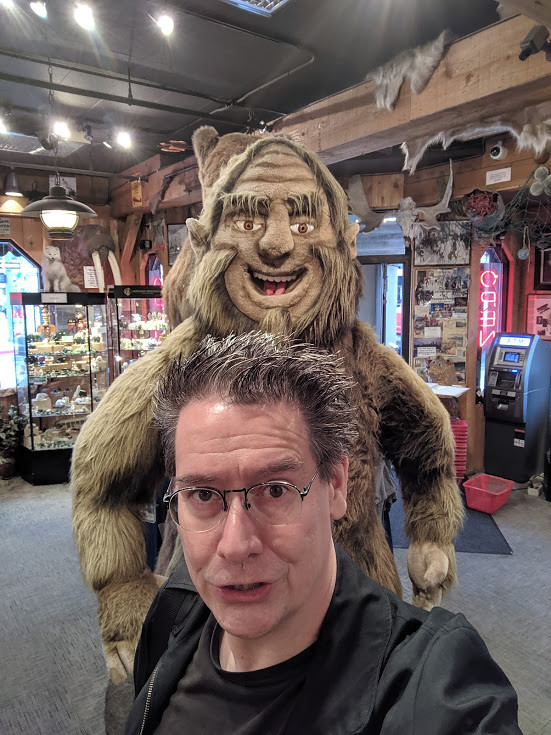 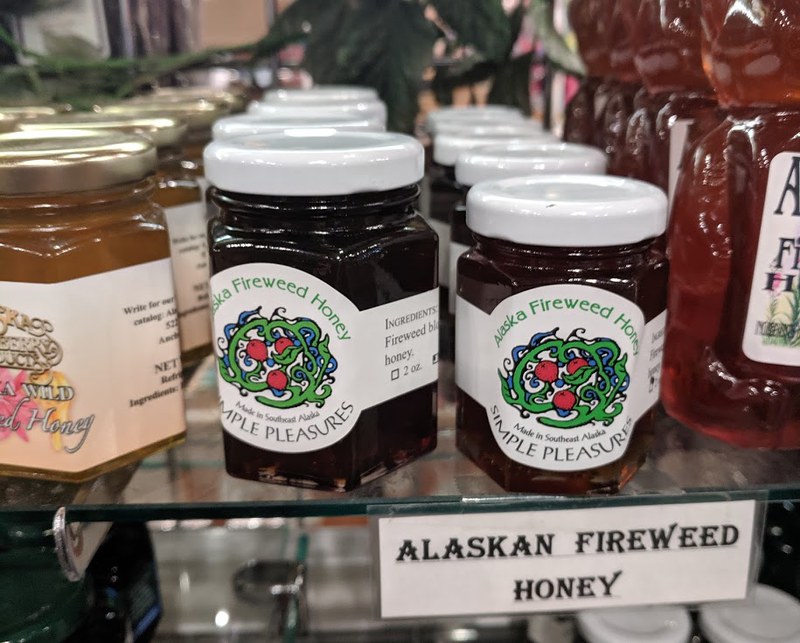 Other downtown sights included taking a photo of the Balto, a statue of a famous Siberian husky, located near the official start of the iditarod and shopping for souvenirs at one of many gift shops. We discovered that Downtown Anchorage is also home to a painting by Robert Wyland (pictured at the top). 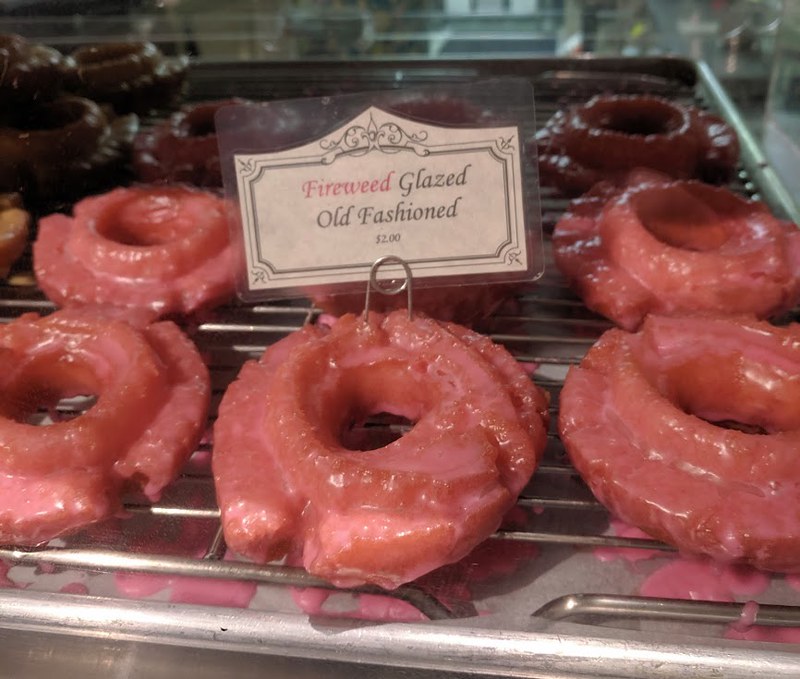 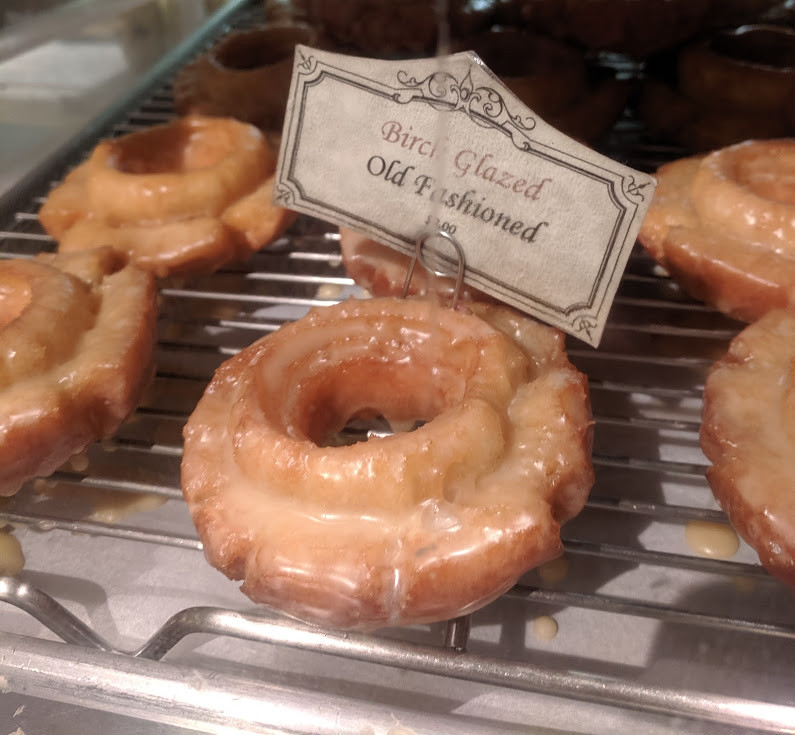 On the way back to our car, we also spotted a shop advertising the best doughnuts in Anchorage. Half gift shop and half coffee shop, we found said doughnuts and indulged in fireweed and birch-glazed pastries while avoiding the rain.

Birch, like fireweed, is a common flavoring throughout Anchorage. Like maple, sap is taken from the birch tree to make syrup but the taste is nothing like maple. 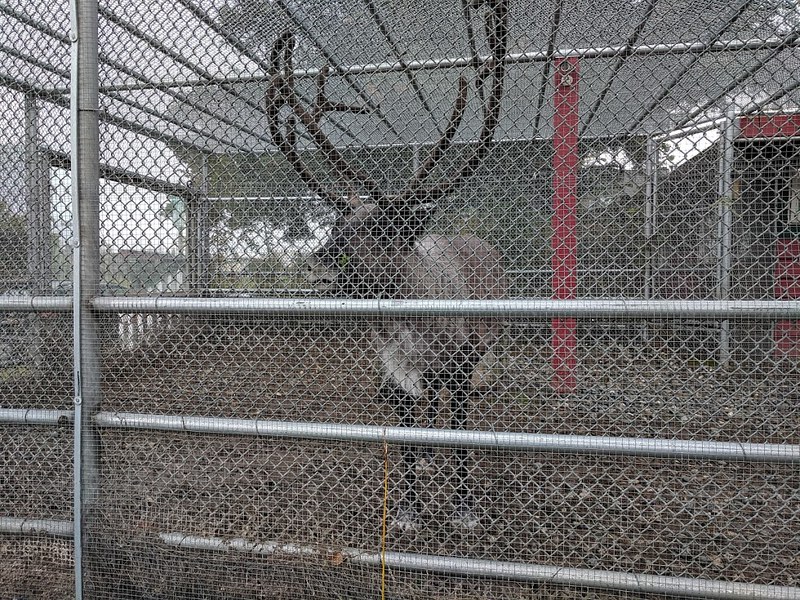 Close to downtown, was saw an enclosure for Star the reindeer, who has his own Facebook page. 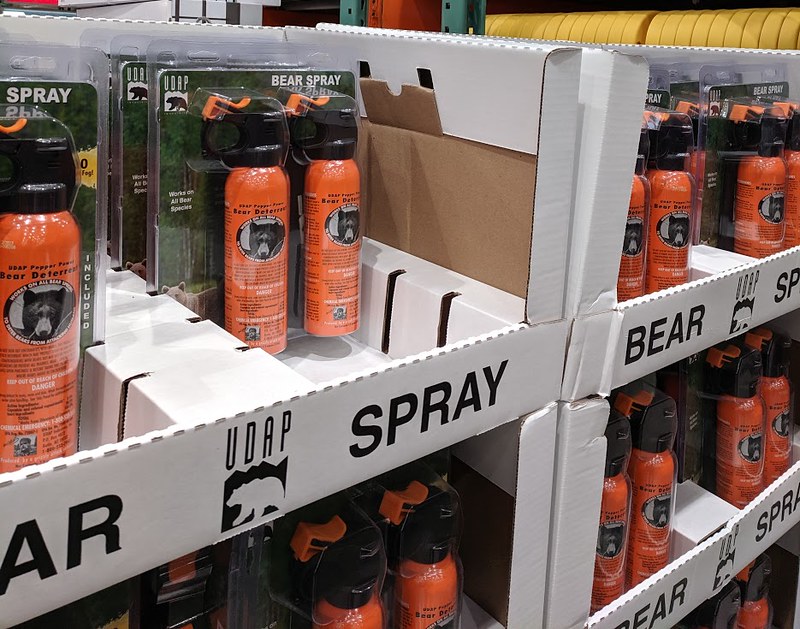 Things you also don’t see in San Diego, bear spray. Costco was also one of our stops where we were perused the local goods (lots of salmon and reindeer meat!) to bide our time.

When we had enough of Downtown Anchorage, we headed back to the airport hoping to avoid the stress of going through security. 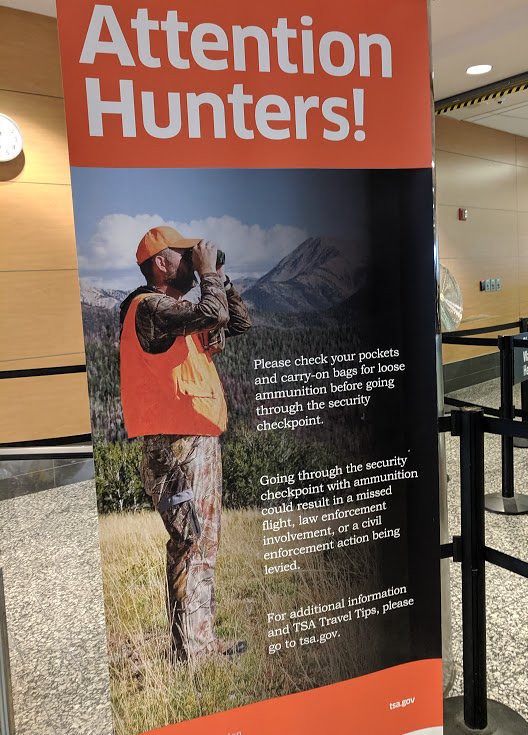 Hunting is a big sport in Anchorage and we saw several signs warning hunters to make sure their pockets were empty of ammunition.

Our final meal before boarding the plane and extended stay at Seattle airport before our flight to San Diego was at Humphy’s. We had been saving Humphy’s for last meal deciding to skip the downtown location (a well-known meat market) for the airport. 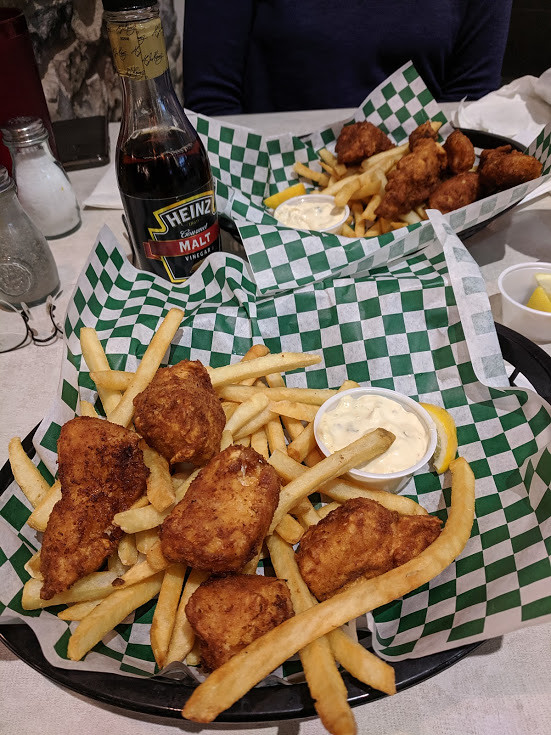 Our last hurrah meal were both fish and chips: halibut for Paul and cod for me. Fine dishes but not great. Fishing must have been great for one passenger who flew on the plane with us from Anchorage to Seattle since the entire space reeked of fish!