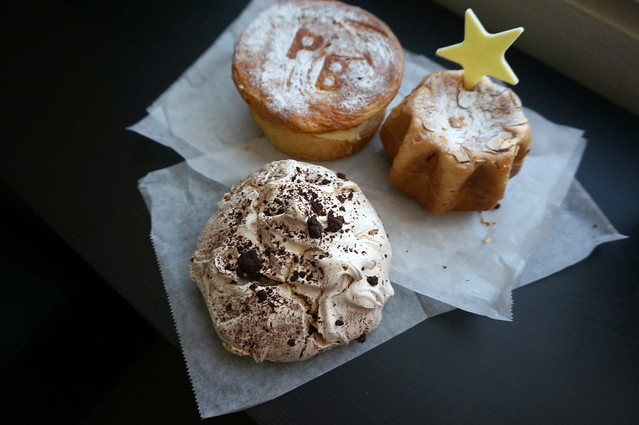 If 85ºC Bakery has been your go-to for Asian baked pastries lately, I think it’s time to revisit Paris Baguette. Since opening last November, I’ve been guilty visiting 85ºC Bakery & Cafe for my salted mountain green tea fix while picking up pastries along the way. But recently I wandered into Paris Baguette to check it out and happily discovered they’ve upped their game with new items.

The latest finds are their chilled cream danish, brioche star and meringues. 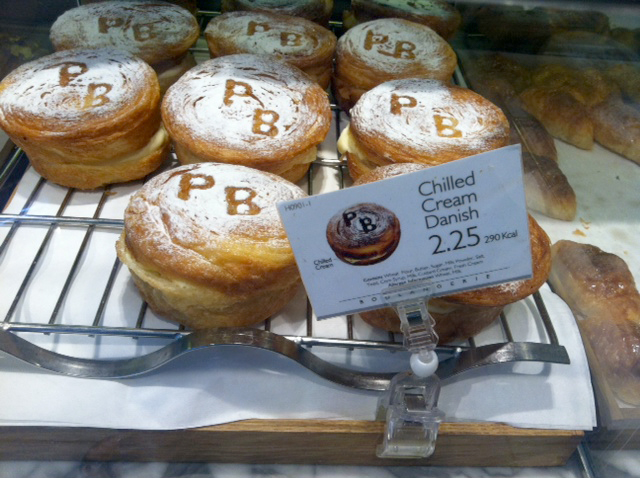 The chilled cream danish is almost hard to resist with a PB on top of each pastry. Retailing for $2.25 each, the flaky pastry is halved and filled with vanilla cream. I still haven’t had an authentic Dominque Ansel Cronut but I imagine this is what it would taste like. Paris Baguette still sells some variation of their take on Cronut but this is far superior. Despite “chilled” being in the name, the pastry is displayed alongside others in the unrefrigerated section. 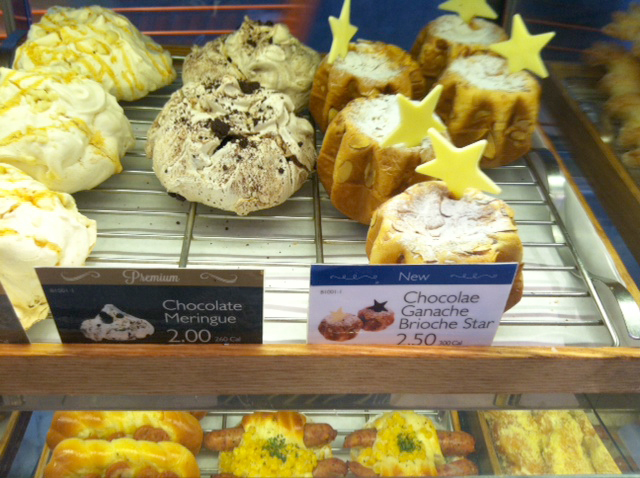 And how can one resist a big yellow star on top of a brioche pastry? That’s basically irresistible in my book. Maybe I should have picked this up earlier in the day but the brioche wasn’t as soft as I’m used to. The chocolate ganache inside was a big plus. 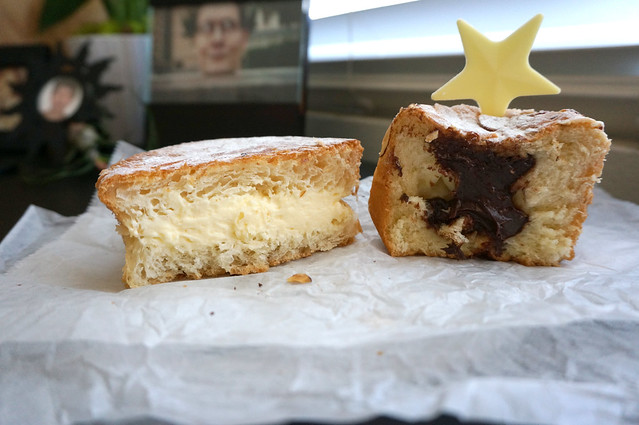 A cross section of the chilled cream danish and chocolate ganache show a pretty solid filling base without being too overwhelming. 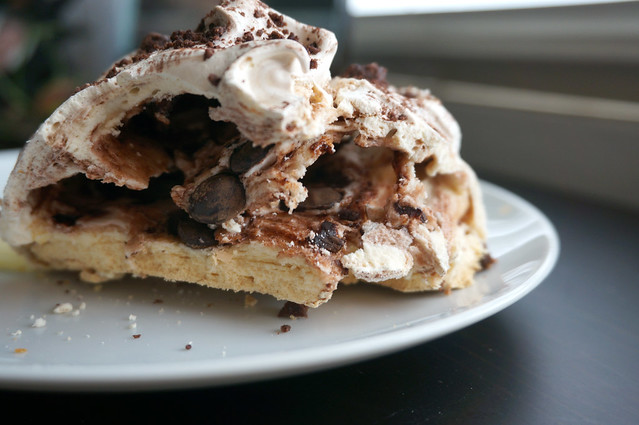 Since I already had two items on my tray, I opted just for the chocolate fearing the caramel might be overly sweet. I tend to sway away from the smaller meringues which I find too dry but this meringue was soft in the inside and reminiscent of a pavlova.

Have you entirely forgotten about Paris Baguette since 85ºC opened up? Are you like me and starting to recognize the employees at 85ºC? Which do you think it better? Or maybe you think I need a pastry intervention? Let me know.

2 thoughts on “Why You Should Revisit Paris Baguette Stat: Chilled Cream Danishes, Brioche Stars and Meringues”