What can I say about this year’s Comic-Con? Aside from it being the 15th year in a row at Paul’s Cool Jerk table and us being in the best of health, it was business as usual. While we didn’t offer any new books this year, we did offer limited edition enamel pins each with customized art work. (Buy pins and books online here.)

As usual, I was all about the food and by far, my favorite thing at this year’s event was meeting up with friends for dinner and lunch or even at the table. But let’s get on with the con stuff!

This was the first year there wasn’t any exciting food stuff. 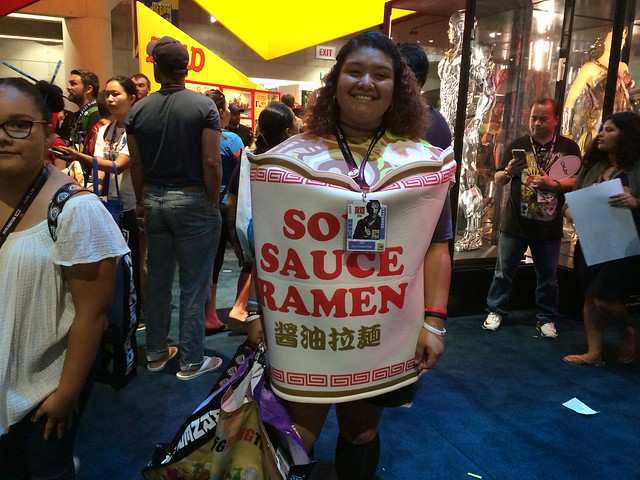 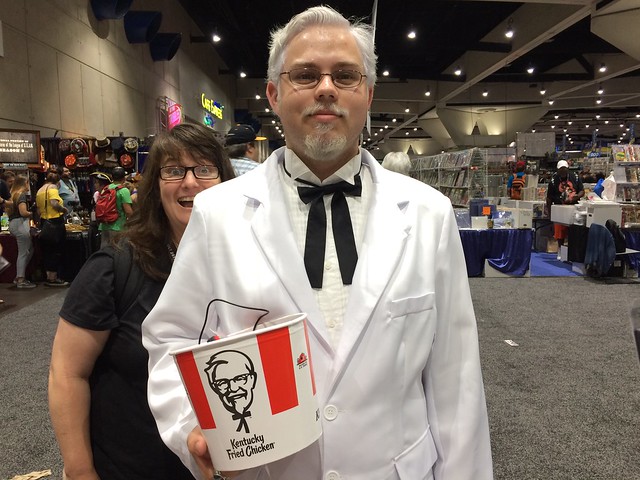 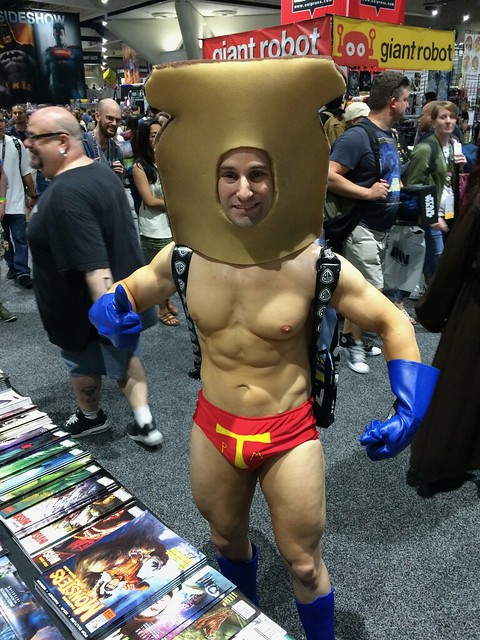 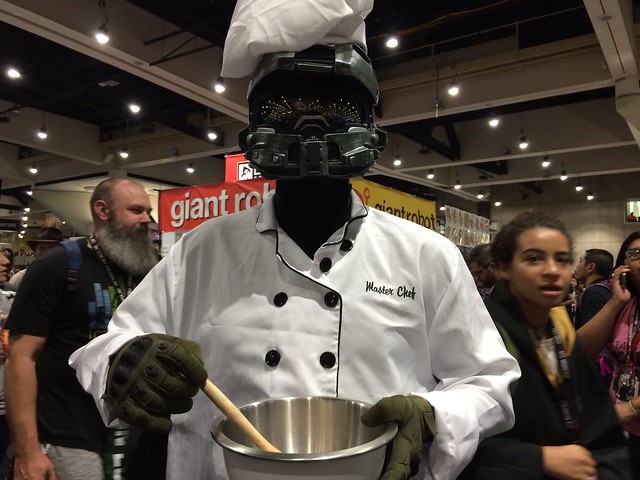 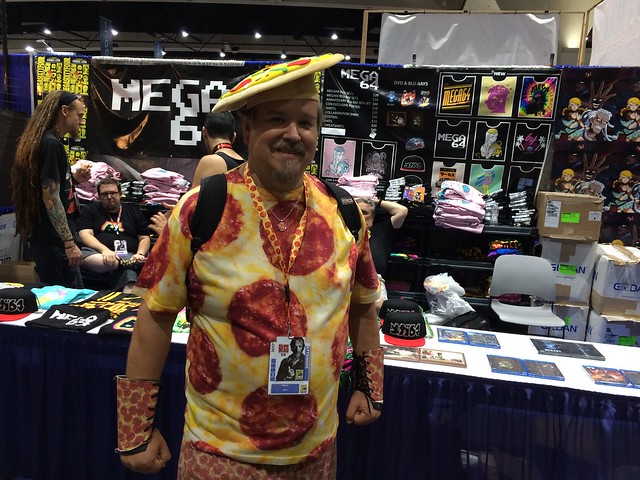 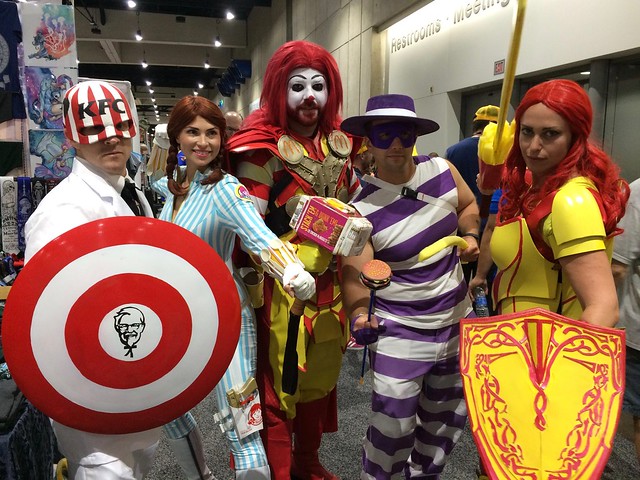 Costumes spotted this year included people dressed like a cup of ramen soup, another as Colonel Sanders, Powered Toast Man, Master Chef/Master Chief “Halo” video game mashup and a guy wearing pizza-everything. McThor, a character I spotted last year, was joined by the self-dubbed McAvengers sporting logos from KFC, Wendy’s, the Hamburglar and a gal with had a giant French fry as a sword. With so many costumed characters all five days, I missed this ingenious In-N-Out costume.

For a brief moment at Comic-Con, I had hope of ordering an In-N-Out grilled cheese, milkshake and fries. 😂🍟 https://t.co/QL24GVLBVs #SDCC pic.twitter.com/etErJBOtmy

Like at the Cool Jerk table, enamel pins were huge this year. I avoided the lure, happy with last year’s haul and focused my attention on prints for the home. 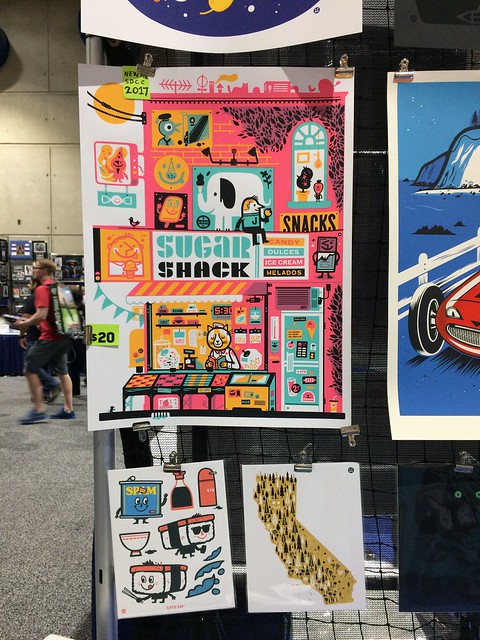 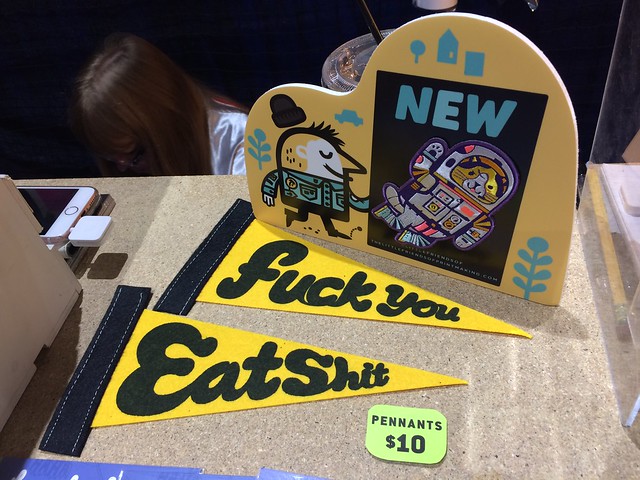 The Little Friends of Printmaking from Pasadena won my heart with this limited edition print depicting a sweets shop. And I also purchased a pennant with the words “Eat Shit.” 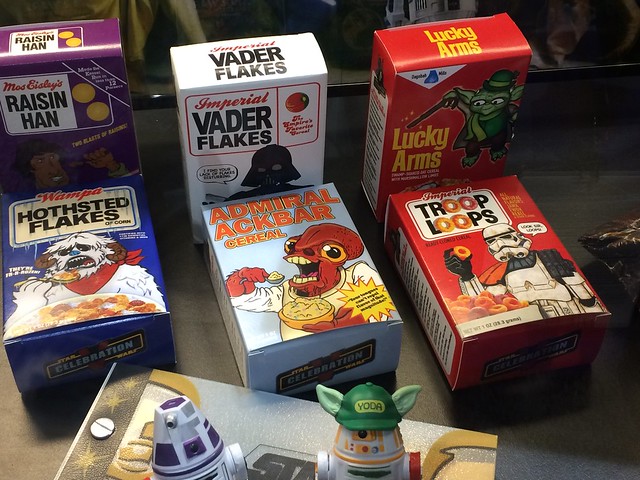 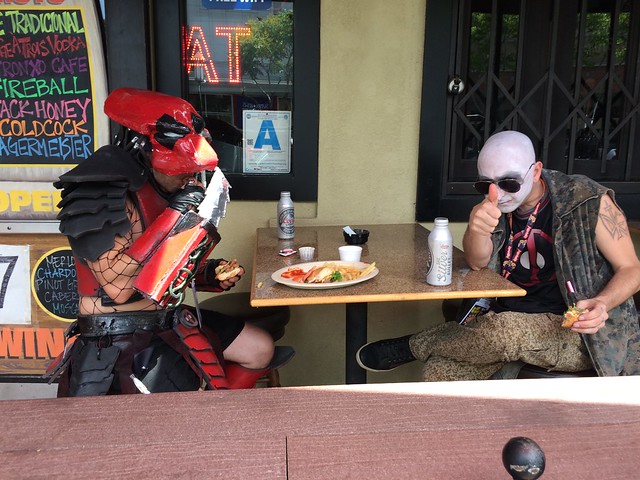 Outside the convention center was the usual vendors and restaurant’s hoping to draw in con goers. This guys who were promoting a heavy metal magazine were totally into their lunch. 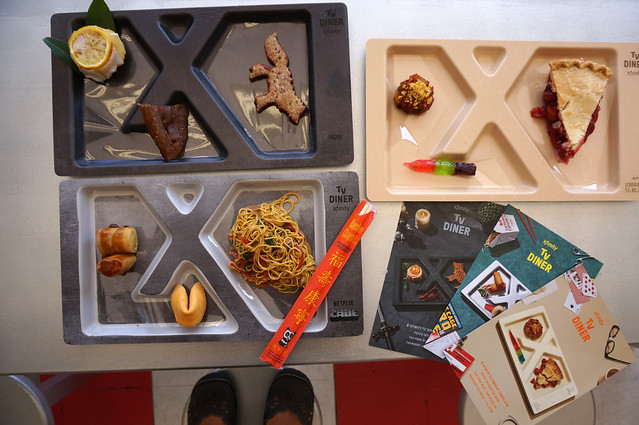 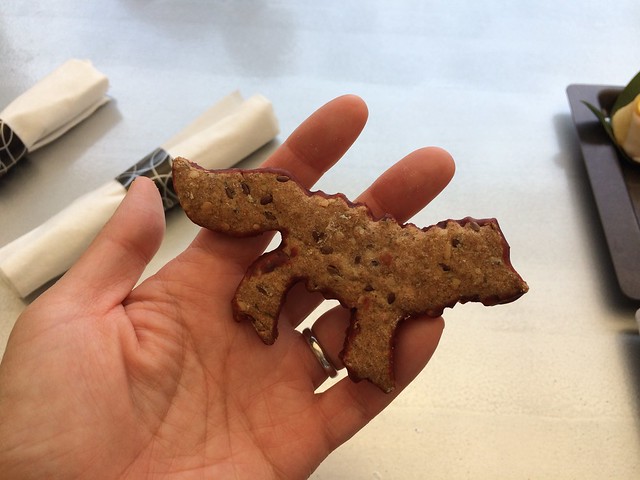 I usually don’t geek out on exhibits but Xfinity’s sets from Orange Is The New Black, Game of Thrones and Marvel’s Luke Cage were by far the most exciting thing. I wrote about it for Huffington Post but here’s a look at the meals served for each show. (P.S. If you follow me in Instagram, I posted a photo of me at Pop’s Barber Shop.)

Ever wondered what it’s like to be a cosplayer at Comic-Con? I now have in-depth knowledge when I brought Doctor dressed as Doctor Strange on Wednesday night. We hung around outside an hour before closing and were swamped with people wanting to take a photo. 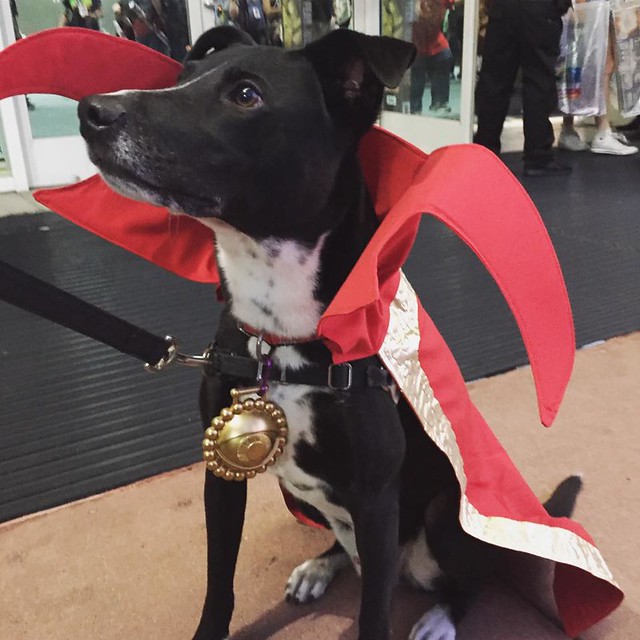 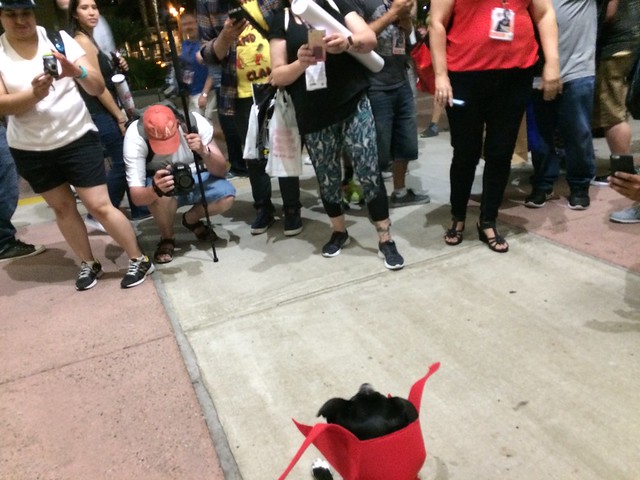 Doctor surprising took it in stride. He sat politely for photos (above photo by friend Wendy Buske from Nerd For A Living) and even let people pet him. As a handler, I heard people thank him for protecting the convention and give him nicknames like “Dogtor Strange.” No surprise, Paul is already thinking of dressing him up as Doctor Doom for next year.

Thanks to everyone who stopped by and made this the best convention yet!

2 thoughts on “Comic-Con 2017: My Best Attempt at All the Things Related To Food”