Since our trip to Sweden last year (more on that later), I’ve had a craving for Swedish cinnamon buns. If you’re like me, you might think they’re like American cinnamon rolls but they are not! The thick coating of cream cheese frosting is missing from the Swedish counterpart. While a cinnamon mixture is rolled up in the pastry, Swedish cinnamon buns, or kanelbullar as it’s called over there, is the sprinkling of pearl sugar on top. 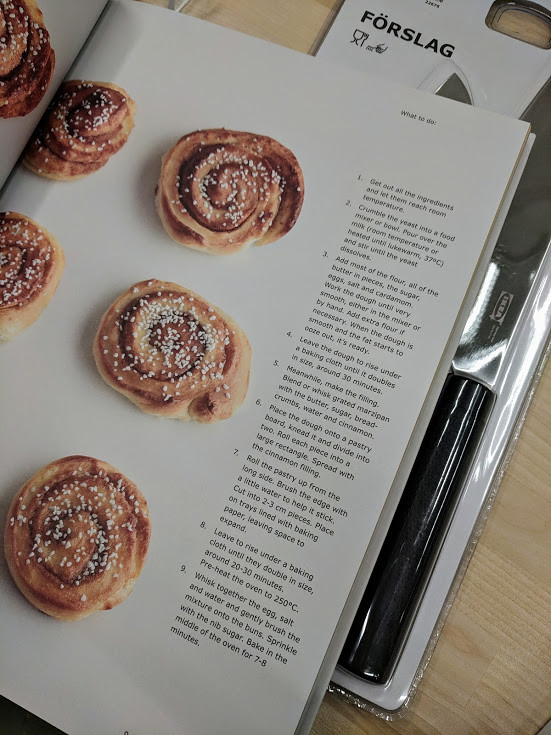 Prior to attempting to make cinnamon buns, I ventured to IKEA to taste their cinnamon rolls. Nope. Nothing like the ones in Sweden. Even the official IKEA cookbook was different than what I tasted abroad. And the addition of marzipan? Next. 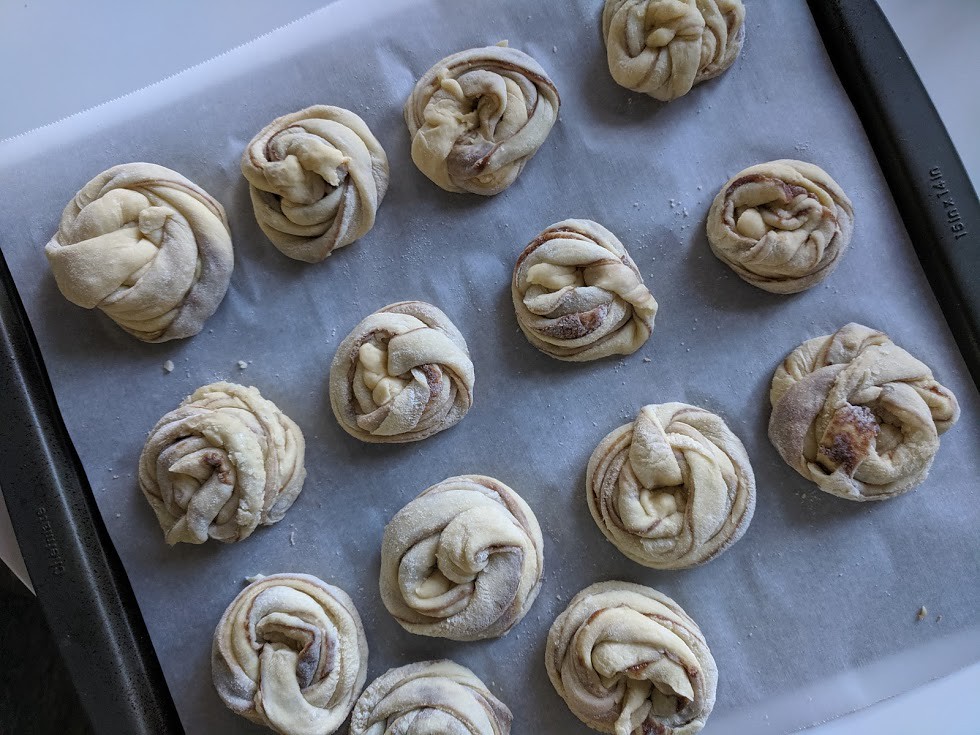 Another distinctive feature of kanelbullar is the shape. Instead of the usual rolling and slicing into rolls, the pastry is shaped into a unique tight knot. Looks can be deceiving because despite the extra work, it’s actually easy to achieve. 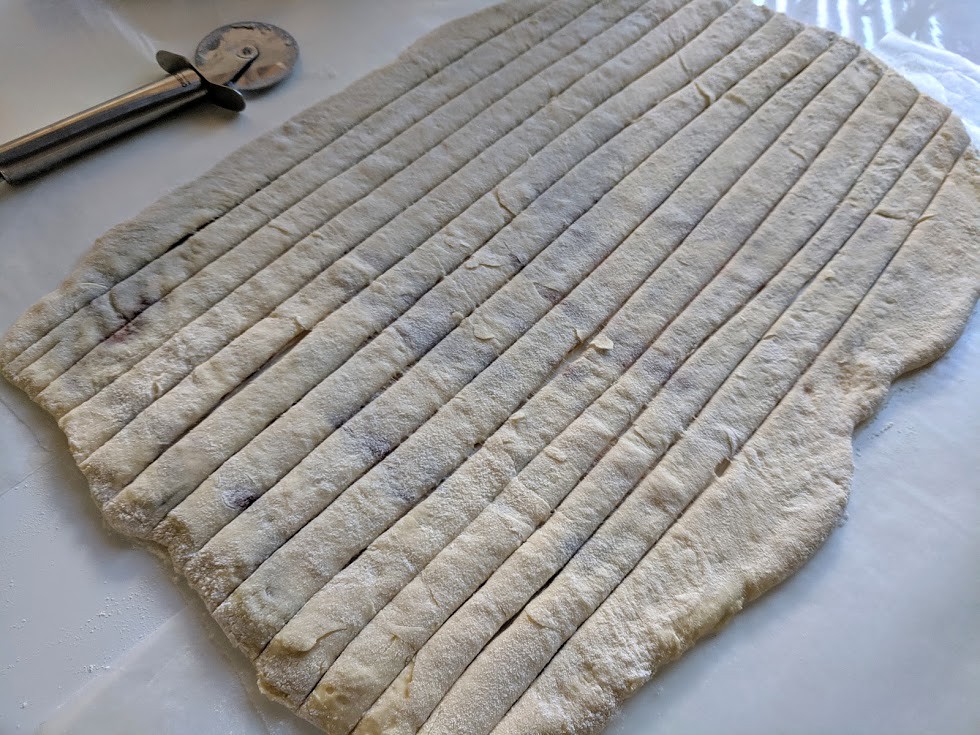 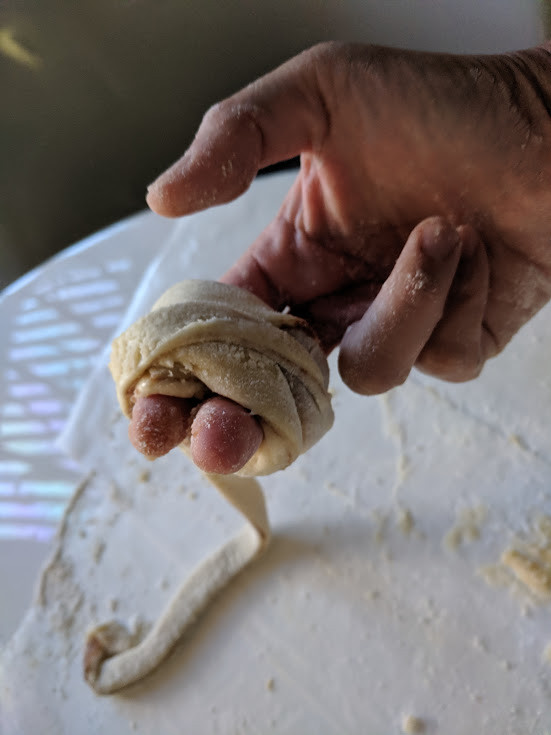 To create the knot, 1/2-inch strips are cut and twisted around your fingers and the the ends are tucked in making what looks like a ball of dough. That’s it! If you prefer less work, the roll and slice method still produces a great tasting cinnamon bun. 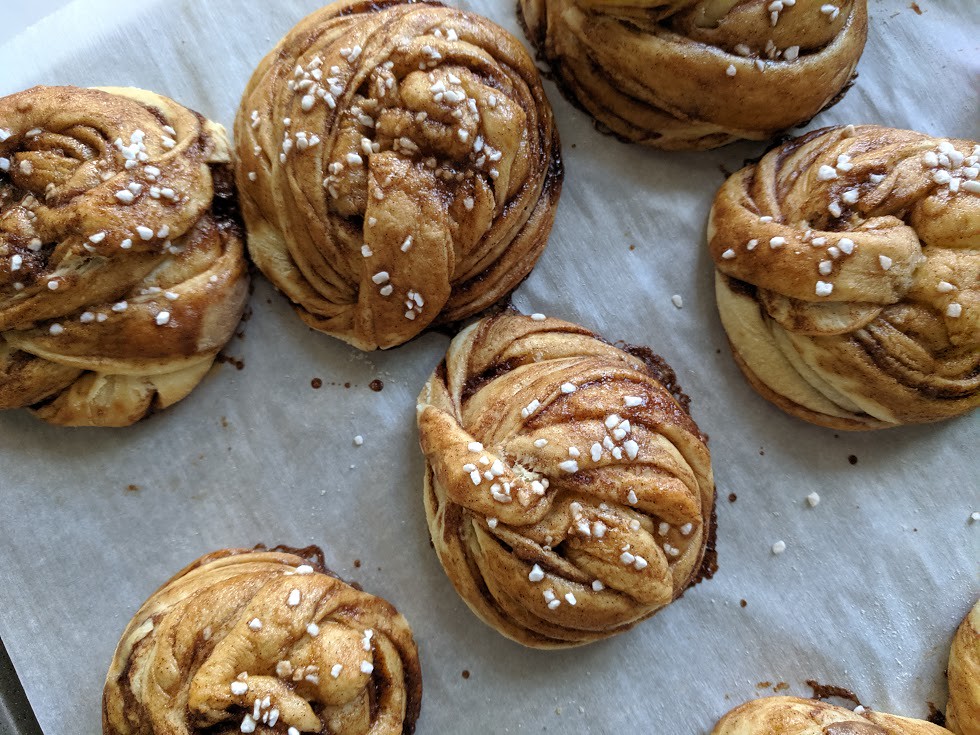 For an early weekend morning treat, I recommend making the dough a day in advance and finish the next morning.

Using thermometer, heat milk to approximately 110° to 115°F degrees. Add yeast and a pinch of sugar in a large bowl and set aside for 5 to 10 minutes until bubbles form. Whisk in remaining 1/2 cup of sugar, egg and egg yolk, vanilla bean paste and salt until combined.

Using stand mixer or hand mixer, add flour one cup at a time until a soft dough forms. If dough is still sticky, add two tablespoons of flour at a time until still slightly tacky but doesn’t stick to hands. Add butter until incorporated. Shape dough into ball tucking the ends under so the top surface is smooth and place in clean bowl greased with oil. Cover with damp towel or plastic and let rest overnight in refrigerator to double size.

Remove dough from refrigerator and place on lightly floured surface. Using a rolling pin, roll dough into a 12” x 20” rectangle. Evenly spread filling on half of dough and fold dough over covering filling. Make sure seam is sealed. Lightly roll again.

At this point, you can either roll the dough and slice into rolls or cut dough into 1/2-inch strips and twist the strip around fingers, tucking in ends.

In saucepan, heat brown sugar, water, cinnamon and vanilla until boiling. Remove syrup from heat and stir for 2 minutes to thoroughly combine. Brush the tops of each bun with syrup and sprinkle with pearl sugar. Reserve leftover syrup.

Bake in oven for 15-20 minutes until golden brown. Brush with reserved syrup and cool slightly before serving.